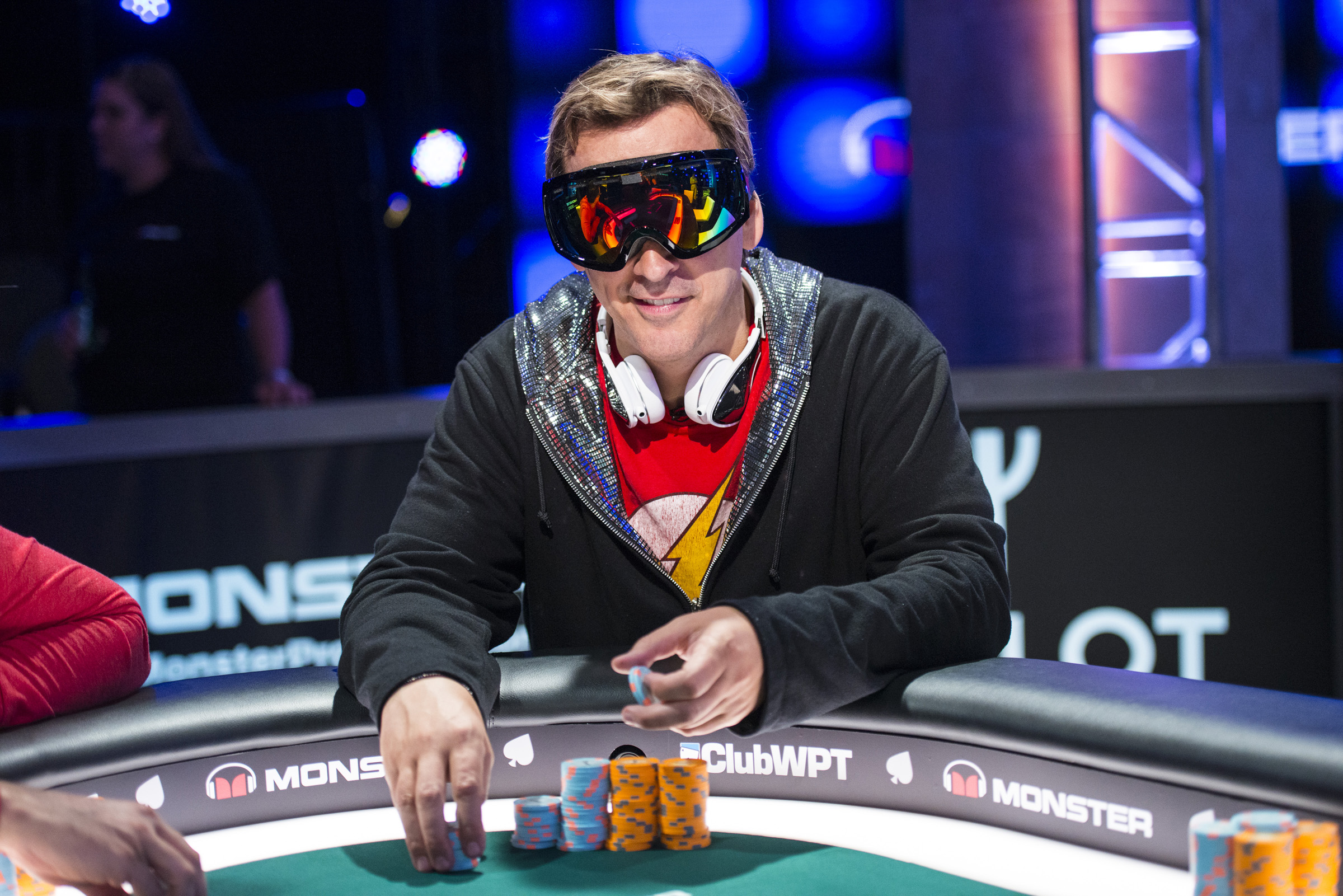 Ask ten people who is the standout in the poker world. Nine of ten will call one name: Phil Laak! Even now when all the noticeable quality poker TV shows are gone, people remember talkative, hyperactive and seemingly always under the influence of something Irish American named Phil.

Laak was born in Ireland in 1972, grew up in the USA. He first played cards when he was 7-8 years old when he and kids of his age together with their parents went to vacation. Future pro has won his first prize and pot there – it was a chocolate bar.

First taste of his poker life was felt back then.

Our hero has an engineer diploma. However, he was never going to work at one place and has always tried something new.

“I always tried to get out of system using my brain and wanted to get out of matrix ending the routine: earn money, pay for the mortgage, pay your bills and start a new month”.

Ihsan Farha, aka Sammy, aka Mister Cool is a legendary high stakes player. He is a true example of old school gambler. Farha was the runner-up of WSOP Main Event 2003, second to only Chris Moneymaker to whim he has lost in the famous heads-up battle. Later Sammy will become one of the most recognized high stakes players and one of the most dangerous cash players in Las Vegas.

Farha was born in Lebanon and moved to the USA when he was young to escape civil war. He had relatives in the USA, including his brother. He wanted to work with this brother (to become a medicine doctor).

But eventually Sam will choose another path. He’ll get a degree in economics and will be closely connected with playing cards.

By the way, despite loyal attitude towards different card games inside the family, Farha was staying aside those games. Due to unknown reasons. Even when his friends started to play, our hero wasn’t following their example.

But when eventually Sammy made it to the poker table, the passion to cards started to burn like the wildest fire.

Man of steel, aka Big Bet King, aka $500,000 Aria Super High Roller Bowl champion, aka one of the best super high rollers of modern poker. One of the Big Three: Rast – Esfandiari – Laak. Brian Rast. 33 years of age. American. Married to Brazilian spouse.

“…as hard as a hammer and as bent as the sickle that crosses it,” – this description of one of the heroes of a famous movie “Snatch” characterizes our today’s person in interest the best.

He is that tough. He has such a poster at his home:

Tony is a legend. He is a gambler to the marrow of his bones. 50-year-old American has over 200 ITMs in different tournaments, but he only won three of them. He has been in the money for 70 times at the World Series and 12 times made it to Top-10… And NEVER to TOP-3… It seems that he is resisting his own well deserved long ago victories.

Tony Cousineau is from Florida, USA. He started to play poker late to today’s standards – he was over 30.

Long before that after graduation from college future poker record holder helped his family to manage billiard club. It was noisy, full of cigarette smoke and drunk people – Cousineau didn’t like it, he wasn’t going to do that on his own.

We usually write about offline players. Live poker has its own heroes and “laws”.

But there are players whose abilities and skills are that unique so their specialization doesn’t matter. Alexander “PostflopAction” Kostritsyn is one of them.

The last year was the best in Russian pro’s career. He has earned over 3.3 million according to unofficial sources. He was in top-10 of the most successful regulars.

Poker is a world full of personalities. Some of them are altruistic, some are clever and educated, and many can’t live without the game. However, most of the players are famous for playing poker in the first place. Our today’s hero is not only one of the noble cash players, but is well known for his temper.

“My father left my mom when I was 3 years old. She has married another man two years later. My stepfather got sick when I was 8 and died when I was 10. I don’t communicate with my father for over 20 years and I don’t see my mother as well.

This is a very brief description about his childhood from Viffer himself. His nickname sounds better than his real name, isn’t it? All his friends call him that.

Próximo »
Heart-to-heart: The man of the world Igor Kurganov

On the top Russian players list he has the first place – $8,422,677. Annually he donates about 10% of his earning for the charities through his own charity organization. This multimillionaire and super high roller is Igor Kurganov.

In the modern poker Kurganov’s personality keeps aloof. One knows about him much less than would want to know. For example there’s no information about the early life of the German with the Russian background.

The acknowledged best high roller from the season 9 of the EPT Russian poker pro Vladimir «vovtroy» Troyanovskiy is considered to be the strongest player of his country. A family man, a businessman, a gambler – he picks up all kinds of games in a jiffy and prefers playing without using the bankroll.

Meet Vladimir. Opposed to our previous protagonists under the heading “Heart-to-heart” he is over forty, has a family (a wife, a daughter). Despite that Troyanovskiy is an active online player named vovtroy. According to Official Poker Rankings data Russian’s earnings are over $1.2 million.

American regular Faraz Jaka, who made more than $8 million playing poker, is officially... a homeless person. For many years he has been leaving a live of nomadism, owing no home.

No one and nothing can amaze people in such a degree, as a modest or simply unusual way of life of millionaires and billionaires. If a comet fell somewhere in Africa tomorrow (touch wood!), people would talk about it not so eager, as if Bill Gates kept strict Russians a company in a morning Moscow tramway.

The phenomenon of man. At his 24 years old he is already a legend-player, Big One For One Drop champion, who won $22,400,000 in 2014. People call him impudent, immature, describe him with the features of egoist and genius.

A young American Daniel «mrGR33N13/riyyc225» Colman is from a small town of Massachusetts. He took a great interest in poker at the very early age – 14 years old. At that time young Colman deposited wherever he could – including bookmaker websites, he was keen on sport betting.