You may talk but not too much 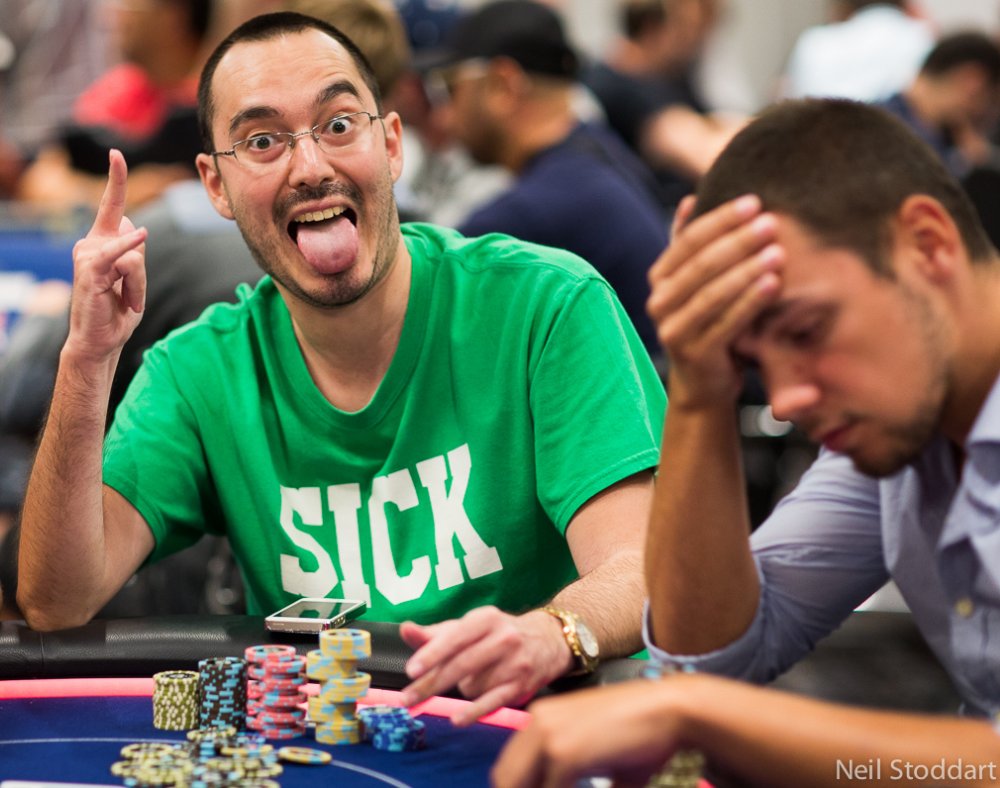 Próximo »
WSOP 2016: Mercier and his milions

Jason Mercier has already won one bracelet of this World Series and came second in one of the events. Should he win three WSOP titles, Vanessa Selbst will pay $1.8 million to the American. And that is just part of all the side bets Mercier made. On the third day of Event #24: $10,000 H.O.R.S.E. Jason has the chip lead….

Update: Mercier did win the second bracelet of WSOP 2016!

Jason Mercier won his second title in the Worlds Series by overcoming gigantic handicap in heads up match of H.O.R.S.E. tournament with $10,000 buy-in. Now the American has five bracelets. He is on the pace of catching up Helmuth.

Próximo »
What to expect from WSOP this year

World Series 2016 starts in the very end of May. The biggest poker event of the year traditionally attracts thousands of players from the entire planet including the most experienced regulars. Get to know what organizers prepared this year.

So WSOP 2016 begins May, 31, and the address is still Rio All-Suite Hotel & Casino in Las Vegas. Satellites, bracelet tournaments (total number of 69) and cash games will be played 50 days is a row.

One of the main tournaments begins right from the start. The first open event is $565 Colossus II, which had 22,374 registrations last year. Now it’s even bigger with increased prize fund of $7 million in comparison with $5 million last year and guaranteed $1,000,000 to the winner.

We’re expecting a new record on number of players in a live tournament this year.

Próximo »
Valeriu Coca is accused of cheating at WSOP

The big scandal rises around one of participants of heads-up tournament with buy-in of $10,000 at WSOP which takes place in Las Vegas these days. The Moldavian player Valeriu Coca is suspected of cheating by respected players. The investigation is on the way, the results are yet to be sounded.

The story began in Event #10: $10,000 Heads Up No-Limit Hold'em Championship. Moldavian Valeriu Coca took the 5th place in it and stayed ahead of such dangerous opponents as Matt Marafioti, Pratyush Buddiga, Aaron Mermelstein, Connor Drinan, and Byron Kaverman.

Upcoming World Series will be full of surprises. There are more than ten changes only in the schedule. And, probably, we’ll see the biggest poker event in history of poker!

WSOP is coming. Famous phrase “Shuffle up and deal” will be pronounced in few days in Rio Casino and 46th World Series of Poker will begin.

And we can say that this series is revolutionary without it being overstatement.

Let’s not split into hairs. Our aim is to tell you about the most interesting changes and events on WSOP 2015.

Próximo »
Poker in the Republic of Moldova

Small but very proud country of Moldova is situated in south-east Europe and has considerable amount of poker resources. There are a few excellent poker clubs and casinos in Chisinau.

The population of Moldova accounts for only 3,500,000 inhabitants, 800,000 of them live in the capital – Chisinau. In early 90s, when the country declared its sovereignty, the first casinos started emerging.

The legal system in Moldova is far more loyal or, to be more precise – not as perfect, as in Russia, Ukraine and some other countries of former Soviet Union, which fight against gambling industry using the most radical means.