How to Find Out Your Opponent Bluffs 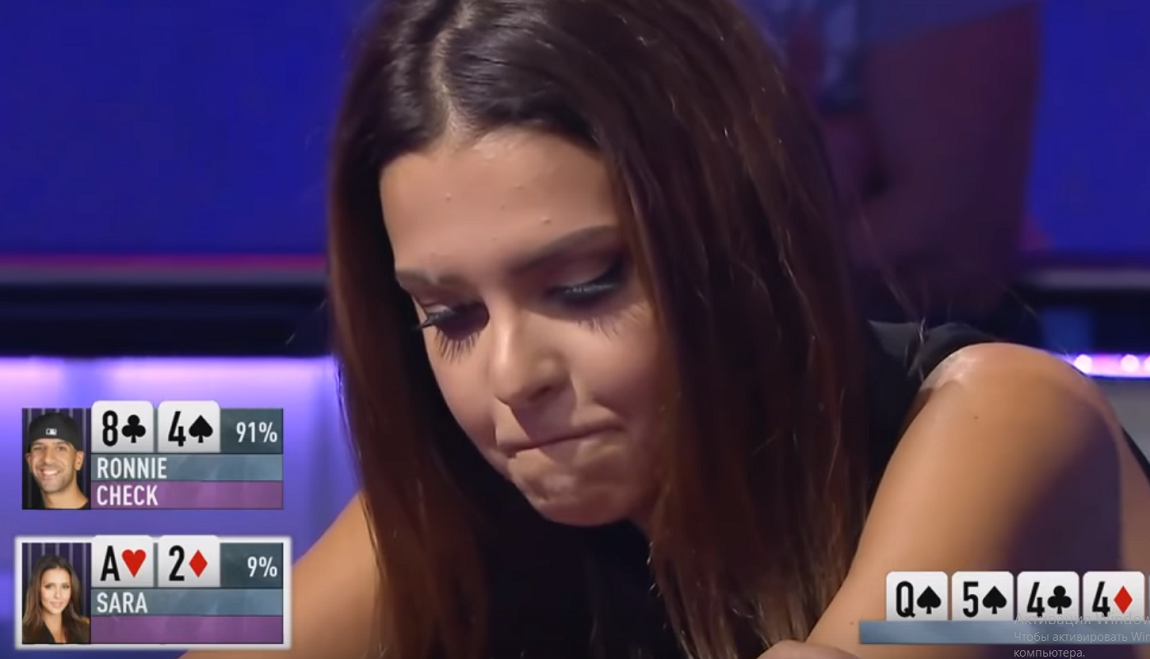 The skill of defining the strength of your opponent’s hand on his/her appearance is one of the necessary weapons in the range of a good player. Understanding of whether your opponent bluffs or shows his strength in reality sometime can be perceived as some sort of magic or demonstration of extrasensory abilities. In reality, the key to understanding opponent’s strength is in being good at observations.

Now we will tell you about the most effective ways to define the strength of the hand of your opponent by looking at his posture, gestures and facial expressions.

Bluff is a lie

Bluff is the main trick in poker according to scriptwriters and movie directors. Let’s be honest: the importance of it at the movie screens is grossly exaggerated. However, it doesn’t make sense to deny the beauty of the bluff. 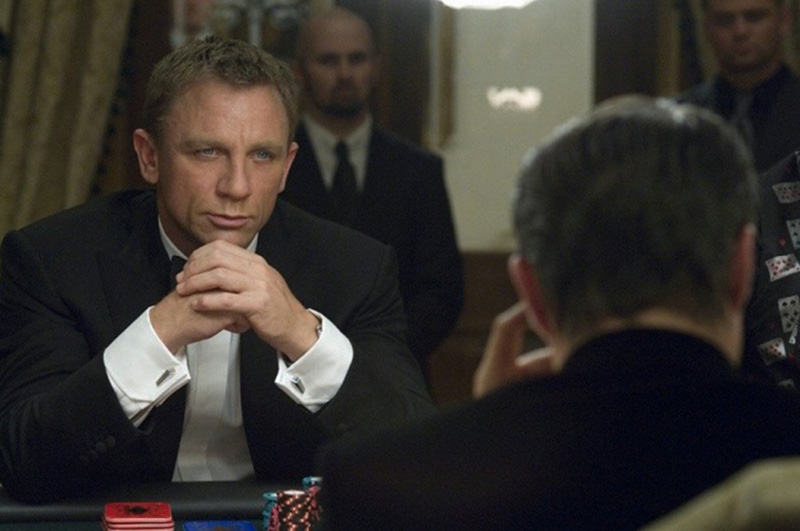 At the same time, bluff is a lie. The things go the way that deceiving other people is pretty hard. We are taught to tell the truth and every time we face a lie, we unwillingly try to mask it. Poker is no exception to that. We think that we are masterminds of lies. In reality, while trying to deceive another person, including the situations at the poker tables, our body gives away plenty of non-verbal signals that demonstrate nervousness, unwillingness to be in that state. Many people take cards and chips in their hands specially to satisfy their will of deceiving other people.

The skill of finding and understanding tells in poker (posture, gestures, face expressions hints based on opponents actions) is built on giving away huge amounts of information via non-verbal, unconscious and uncontrolled gestures. Secret of reading the opponent is in the skill of noticing those gestures and correctly interpret them. It sounds simple, but there are plenty pitfall in all of this.

There are no universal tells

Paul Ekman in his book about the psychology of lies tells that there are no unambiguous sign of deceit. There is “basic” emotional physical state that the person is in. While lying, a person leaves this this standard state of his, he feels discomfort and tries to get back at all cost, giving that away with his gestures, face expressions and posture. It is important for one’s understanding that every person has his/her own basic state. In one case, this can be perceived as a show of strength or weakness, and in the other it would be a default action. 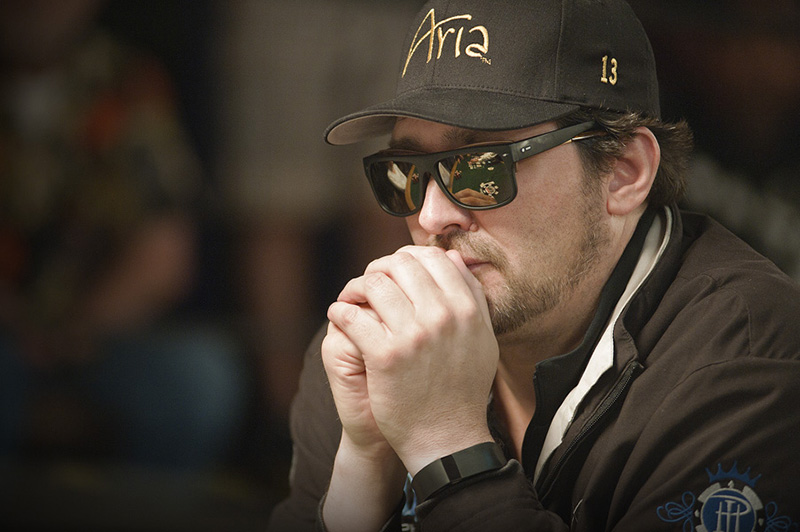 Phil Helmut’s basic posture. Generally, hands put up this way mean strength. However, in case of Phil Helmuth this tell doesn’t work as it is his default.

Logic behind the tells

Despite of the fact we give away tells unconsciously, there is logic behind them. The nature has reasoning, so is person’s mind. We found out that any person and player have their basic state, a default state that he is in while committing actions. In case those actions correlate with the reality, the person remains in his default state. By making a bet while having a hand, player doesn’t give away tells as there is logic in his actions – I have a strong hand, I have to be. BUT… When a person bluffs, an inside controller unconsciously gives away the situation that something is wrong here. The player has a weak hand but he bets anyway, while he shouldn’t do that behind normal reasoning (the hand is weak, but he shows strength) – so there is a dissonance that gets the player out of the basic state. The person always tries to get back to the default state so while trying to calm himself down, he is able to give away certain tells. That’s what we need.

Signs that indicate the weakness of opponent’s hand:

Eyes rubbing, ears touching, neck rubbing, fixing the haircut, petting the head – those are signs that a person feels some sort of discomfort. That way he/she tries to calm him/herself down. Rubbing the eyes unconsciously shows that the person doesn’t like what he/she sees. For instance, flop cards. Touching ears is the sign that person doesn’t like what he/she hears. Rubbing the neck is also the sign of a weak had as neck is the weakest body part of mammals, so rubbing it is some sort of protection try. Fixing the hair and petting the head are also signs of weakness. This tell mechanism comes from childhood when mom pets here child on the head.

Those tells indicate that the opponent tries to come him/herself down. In case you don’t know the correct meaning of the tell, remember of the logics. If the person has a strong hand and he demonstrates strength, it doesn’t make sense for him/her to calm him/herself down. However, if he/she has a weak hand and he/she commits an active action while he/she shouldn’t be committing, his/her body will try to get itself back to the default state.

Bluff supposes a bet without a strong hand. So it is extremely important to see how the person makes the bet. Of an opponent throws chips to the middle of the table or hammers the bet to the table, loudly announces its size – this is probably the tell that shows that opponent’s hand is weak. The logic behind this tell is simple: the one who bluffs needs to make the opponent fold to win the hand so he has to make noise, speak loudly and try to frighten the opponent by showing hand strength.  On the contrary, when the opponent wants to get called, he will try to make a petty average bet without highlighting it for the opponent to not sniff something bad.

We have briefly mentioned eyes in the first part of the article. There are several tells that are only applicable to the look a person gives away. The general rule is that often blinks tell that the opponent has the weak hand. The logic behind this is simple: the opponent doesn’t like what he sees so he/she blinks more often.

Stare. Sometimes after making a bet the player begins to stare at his/her opponent trying to get into ones in seen aura or some other protection system. The general rule is that heavy stare means weakness. The logic behind this is simple: the victim instinctively looks at the danger to get protection if being attacked.

Heavy stare shouldn’t be used in an opposite situations, when you are making the bet. If you see that opponents are looking at you without blinking, lean towards active action. Looking away as a rule means strength (once again, to not make the opponent go away, there is no point in studying the opponent). 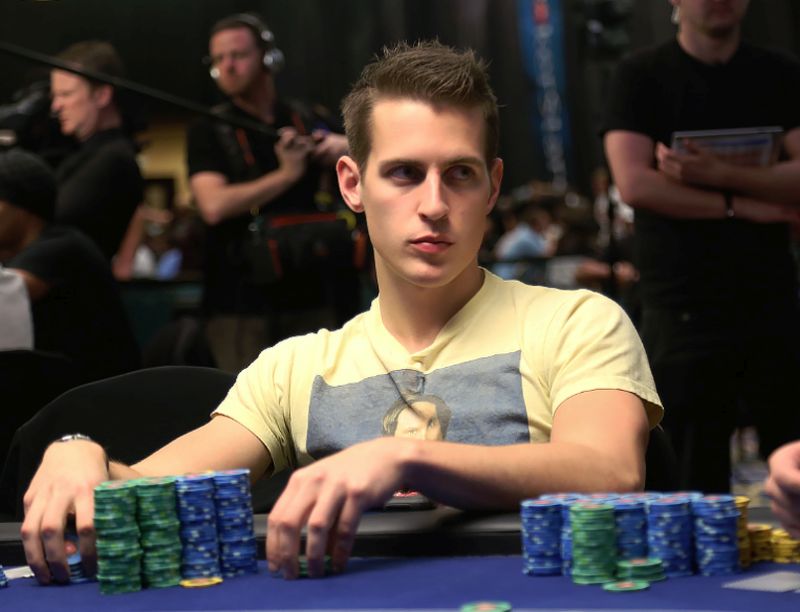 This tell shows usual level of acting you can see on cheap cable channels. Sad eyes, frustrated looks, weak posture – image of being sad. As a rule, when you see how someone changes standard face expression to the sad clown’s mask, beware. Many people do that intentionally, the others don’t want to give away some additional info by trying to become smaller, less scary to not cause “victim’s” suspicions.

Remember about basic state though. If the player is mostly sad while being at the table and you have just noticed it, this could be hurtful for you.

How do you know that the opponent has a strong hand

1. Barely looking at the chips

If after getting cards, the player puts the chip or card protector on them, he probably has a strong hand. Weak cards get to the muck fast as possible, and strong ones get under protection.

Friends only get to see strong hands and bluffs are being hidden. General rule is that this tell means strength.

As a rule, bluff bet takes more time that value bet. While bluffing, most players think about making the bet look more convincing.

5. Actions against the gravity

Just like in case with the bluffs, the logic behind the tells while having strong hand remains. So if the hand is strong, the opponent make a bet confirmed by the tell – you fold.

What are strength tells?

Any actions aimed for capturing the territory – getting arms above the head, wide hand gestures, stretching – any actions that mean visual space capturing mean strength. Those actions are also actions against the gravity – the player demonstrate strength. If the player gets above the table – this also shows strength.
Exception: the gesture for aura when player gets up while getting all-in.

When tells are pointless

We have described the most often met tells and tried to explain them. There are plenty pf exceptions in poker. These are the cases when tells are pointless:

•    You have to look for tells right away, not two minutes later. The reasoning is simple: while you’ll be trying to see player’s tell, he’ll get back to his normal state. So it is very important to catch the tell in the beginning of player’s action or right after it. You don’t have to sit, wait and stare at him for two or three minutes – this won’t give you any result and proves to be ineffective. Leave staring contest to other occasions. If you haven’t caught any tells in 30-40 seconds, there is no point in waiting for them over the following minute or two.
•    You don’t have to look ells of professional players who to used to bluffing all the time. Bluff is not a lie for a pro. It is just another thing he/she does at the poker table, so he/she won’t give away too many tells.

What to do to not give away tells?

Here is the situation where it is much easier to give away tips rather than follow them. Not all the people are able to keep emotions to themselves in stress situation.

•    Calm down. Stay cool at the poker table. Be as natural as possible, don’t pay attention to tells.
•    Stay disciplined. Train your poker face and staying in the same posture. 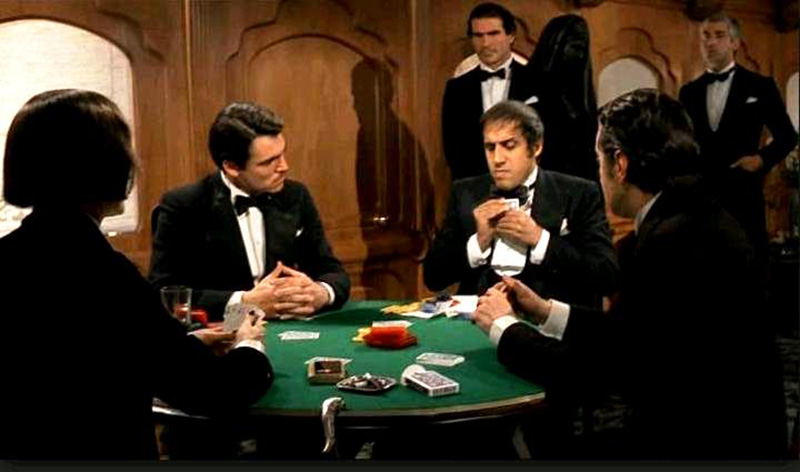 Tells are ambiguous and they need to be analyzed individually in each situation. The general algorithm is the following: define the standard player’s state, see the tell, understand the reasoning behind it and check if the patter is right. But remember, some players can give away fake reverse tells to get you confused.

In the end, we suggest you have a look at the video with Miss Finland. Have a look at it with all possible focus to try to find tells from Sarah. For instance, what do her pursed lips mean at 1:21 of the video?