Leon Tsoukernik: “I am the only pro player at the table” 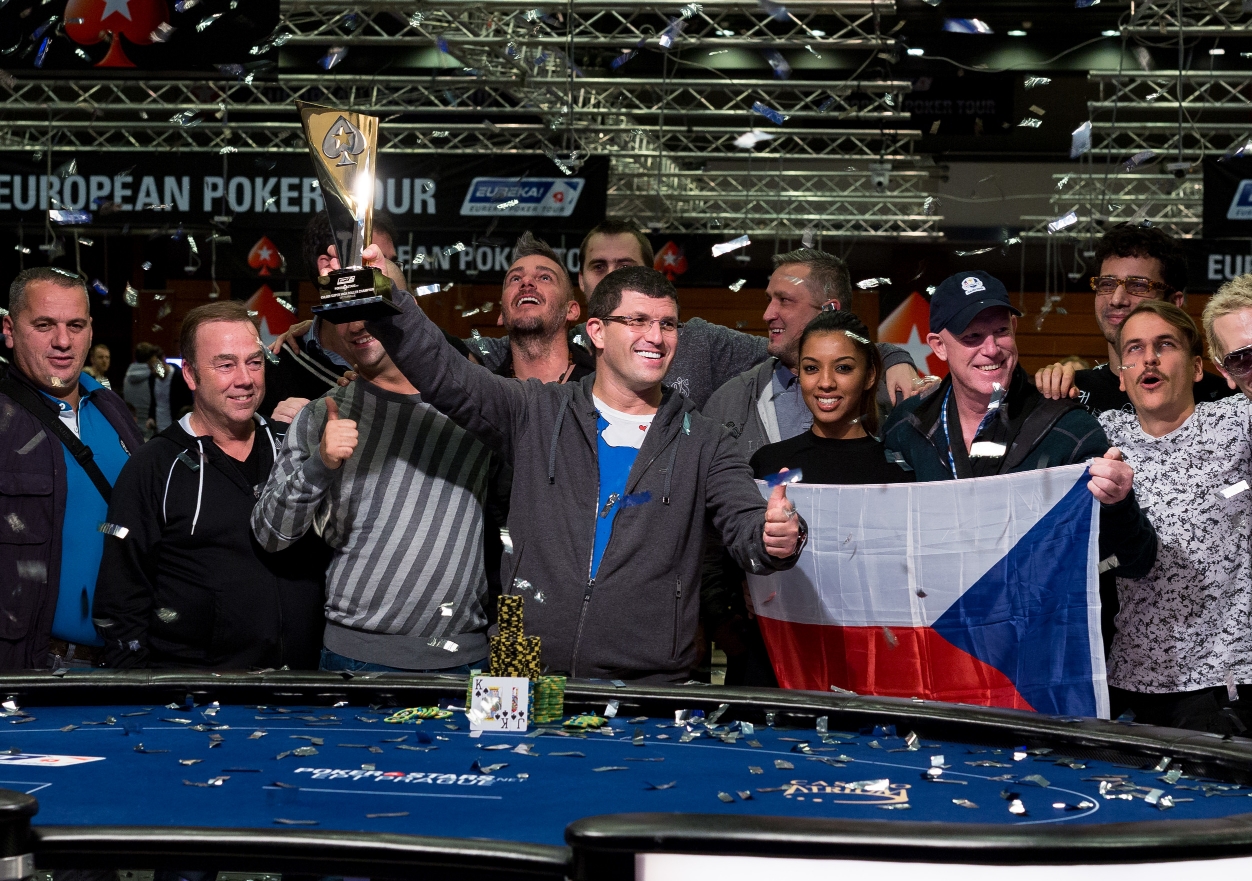 Leon Tsoukernik, the owner of the biggest poker club in Europe - King's Casino – has recently won the stage of EPT Prague Super High Roller and received €741,100 in prize money. Basically, it was the first win of the Czech entrepreneur on the international arena. Though he often tries his luck in big events.

The story of Leon is amazing. He started out as antique seller back in 90s, he and his partners opened several stores in different corners of the planet. Sometime later, in the beginning of 2000s he got an idea to open his own casino. And he did just that. As a great fan of poker, he started to put emphasis on his favorite card game in the end of 2000s, promoting King's Casino as poker venue for all the players.

The facility now is 5,600 sq. meters and is a workplace for 400 people, while poker club has massive 160 tables. In 2017, 1,800 additional square meters of playing space will be added to it with another hotel.

Though we’re not talking of his possessions, we’re talking about his personality. Tsoukernik created a furor with his play in Prague, its unpredictability and braveness. His play is a lot like the one of billionaire Phil Ruffin in High Stakes Poker TV show. You might remember him calling David Pitt’s bluffs, which looked like absolutely hopeless ones.

This is an old school. Play like it’s your last time and you have nothing to lose. This spectacular hardcore poker left TV screens not so long ago.

Tsoukernik outplayed Charlie Carrel himself in heads-up; it was a young successful highroller from England. Well, we can’t say outplayed really as he had three times bigger stack at the moment heads-up started. Some hands there were amazing. His play with 7-2 is a real time classics now:

We can say a lot of Leon’s manner of play. He is always fun to watch. Here is another hand for an example:

Try to read something of his poker face: 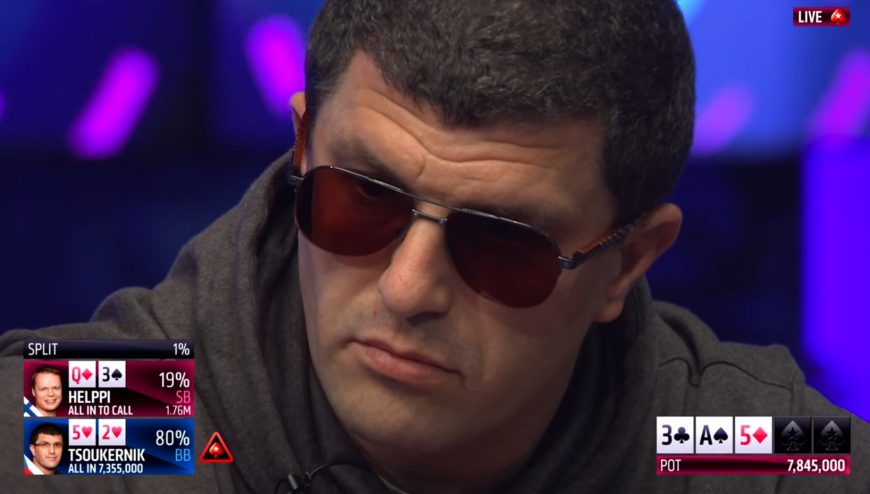 Tsoukernik looks like some Italian mafia representative, the head of the clan, no less. Should he wear some expensive suit, couple of golden teeth, some bracelets, rings and chains, it is a ready image for Hollywood masterpieces.

“I am the only pro-player at the table”

As an old-schooler, Leon loves to chat at the playing table, try to put someone in tilt. For instance, he often calls himself the only pro at the table:

“I keep repeating that to all the pro-players… I collect the rake while they’re paying it. It explains everything.

This is part of my game. I just want to get someone out of his rhythm, and this is one of the effective games. I also like to have fun with some hands like 7-2. I lost tons of cash with it but a win with such a hand in some big hands worth a lot”.

Naturally, this is not a thoughtless bluff, not a show-off, something that is planned better that it looks like from the first sight.

“The thing is to think of what range are they putting you on. What hand was Charlie putting me on in the hand with 7-2? I’ve been playing like I had a strong ace. Hadn’t he caught the second pair on the turn, he would have folded a long time ago”.

A club as poker destination

Being the player and the owner of the baggage of knowledge and experience, Tsoukernik wants to turn King's Casino into full-time poker destination where players would love to go to and can be sure they will feel themselves comfortably there without having worries everything would be tremendously overpriced.

Since 2017, King’s casino will host the stages of WSOP Europe, and it has an agreement with WSOP Circuit signed till 2021. Leon highlighted many times the fact that his club hosts not just international tournaments but also local freeze-outs with $50 buy-ins. In addition to that, casino was and still remains the home for highroller cash games, where buy-ins sometimes reach €500/€1,000.

All poker clubs in Prague

All poker clubs in Czech Republic