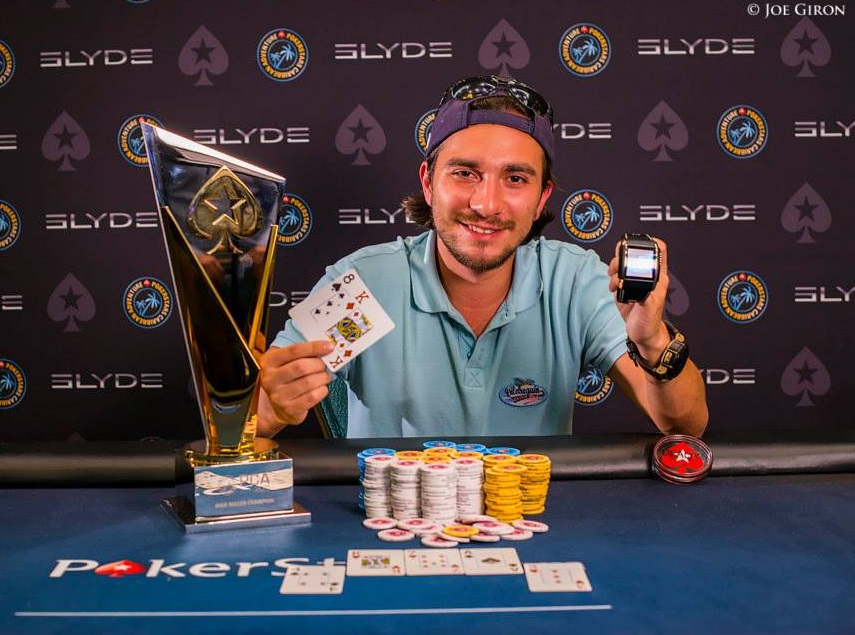 PokerStars Caribbean Adventure (PCA) is one of the biggest starts of the year, traditionally opening poker calendar. Play in Bahamas is always special. This stage wasn’t any different.

Since January, 6 in casino Atlantis millions of dollars were distributed between poker players. During this week we saw Ronaldo’s first cash in tournaments, Mike McDonald’s push-ups and squats after lost bet and, finally, triumph of Azerbaijani player Ilkin Garibli who joined his friends to play High roller tournament for fun and won over $1 million!

Well, it was something else. Let us start from the beginning.

During the first day of the tournament we saw how famous poker troll Bill Perkins, businessman and high stakes enthusiast, trolled Mike McDonald. The latter, despite his experience and talent, was wasting a lot of time for every decision he made, making everybody go nuts.

That’s when Perkins decided to give him a lesson. The first task was 300 squat repetitions an hour – McDonalds did that and got $10,000.  Second was harder – 350 push-ups and McDonalds almost succeeded again but Canadian pro came short with 323 push-ups.

Ok, jokes aside. Final table was remarkable. One of the businessman of Silicon Valley Roger Sippl somehow managed to make it with a company of well-established pros. And he went into heads-up. After the Day 1 Scott Seiver, champion of PCA SHR 2013, was in command and he made it to top 5 eventually. Seiver did very well here. He made to two final tables and earned $550,000prize money total.

But the main hero in this tournament is Azerbaijani Ilkin Garibli, son of Eldar Garibli, one of the most powerful businessmen in the country. The thing is Ilkin wasn’t planning on playing poker on Bahamas. He was just enjoying himself there with the family. His friend advised him to take part in High roller. “This was my first tournament, I usually play cash poker with my friends” – Garibli explained the day before final.

He told that places after top-5 weren’t in his interests (payouts are not that big), and the owner of Azerbaijan’s leading credit agency was only playing for the win. And he succeeded…

Main event lasted for 6 long days. After Day 1 it became clear that last year record field will not be exceeded. 816 buy-in total. It’s somewhere 200 less than in 2014.

It’s weird, to be honest.

Nethertheless, Ronaldo, two times “Golden ball” award winner and one of the most famous players in the world, played in the Main event. Promo by PokerStars could have became a sensation. Ronaldo made it to the 4th day and exited in 26th place ($42,180)! Victory came to American online reg living in Mexico, Kevin Schulz. He played in heads-up match with Diego Ventura, owner of very small stack from Peru (unexpected!). He went to final table of Sunday Million once.