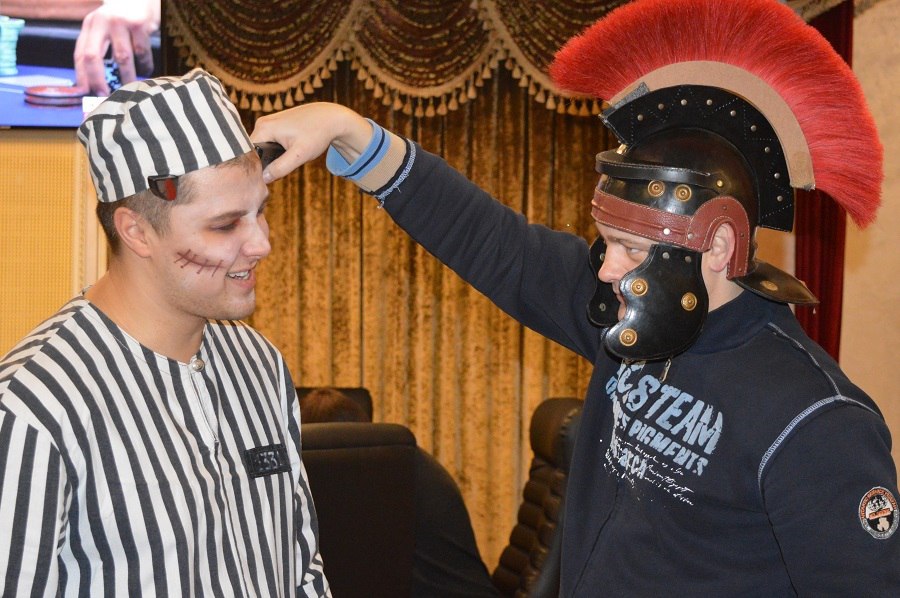 Even experienced players don’t play in optimal play all the time. In a sense they make rude mistakes and don’t use all the information in their possession. We don’t even speak of the newbies who’ve just sat at their first playing table. Their eyes sparkle and their mind generates difficult bluffs, hands are shaking and soul sings.

We’ve already written of poker etiquette and how to define opponents who are afraid of losing money. This article is a little bit different. This is not a set of recommendation for the beginners of games in any live poker facility. Be prepared to everything from Day 1 and learn on your mistakes.

So these are the thing you should pay attention to in each poker session and especially in new club or casino.

Now the rules of the facilities before starting to play or ask floor about it: are they different to traditional ones, are there differences in treating dirty tricks, such as string-bets and others. Floor will tell you of basic moments and will help you to dive in.

Poker club might have strict rules about accidental drops of your chips: should one chip of your stack crawl to the center of the table, that means the bet is done. Choose a small space for stacking the chips and don’t get over it. This will save you from trouble and, probably, from the loss of money.

We mean not just card-protector when we say “protect your cards” (at least use a chip as card protector) but also the position of your hands (real ones). Protect your cars and cover them with your hands – don’t hide them from the other players and dealer, they should be at everyone’s sight.

Dealers make mistakes, players get bold and don’t watch they claws (hands) – anything can happen. This protection keeps your cards safe. 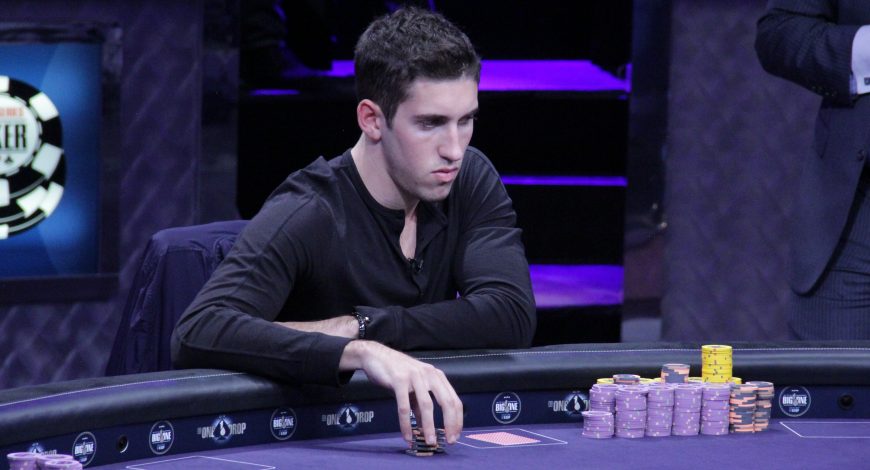 Opponents in live game will often five away their intentions. Not everyone thinks of a certain session like of training before World Series. And they act accordingly. If a person is going to fold (being an unexperienced player), it will be written on his face, or his position and gestures will give this info away.

You should be careful as well. Some use this knowledge as their power and to deceive the opponents.

In huge pots don’t be shy to ask dealer how big is your opponent’s bet, get to know the size of his stack and don’t be afraid to ask one more time, which action has just took place. The last thing you want is losing tons of money because of the opponent being too cunning, dealer being too unprofessional or you being inexperienced.

So set the sound in your headphones to the minimum, turn off or limit your smartphone and other toys. Be respectful. You’re losing other people’s time when you play it slow. 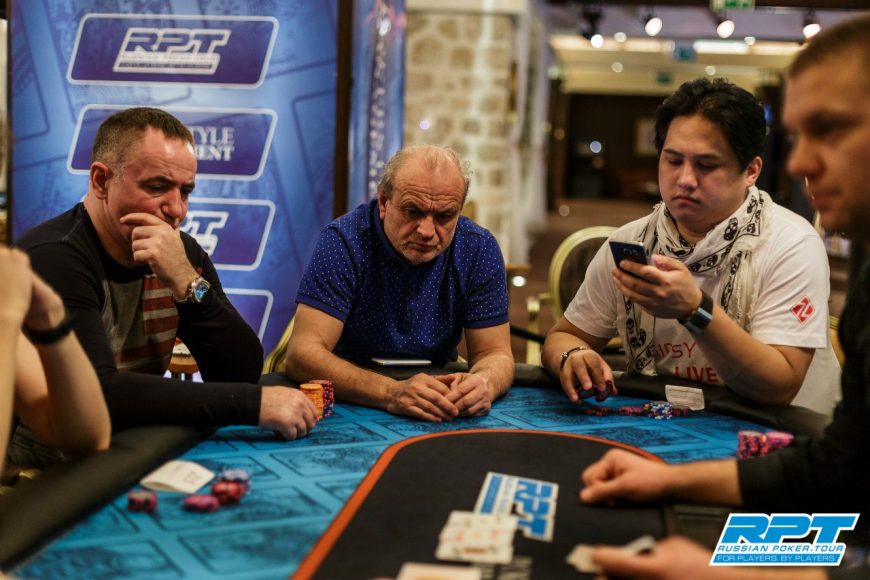 If some weak player is willing to break the rules – for instance, have a buy of a bigger amount that it is possible, don’t start arguing with him. His wishes don’t effect on gaming process in the slightest and his actions are advantageous to you and everyone else. Don’t mention the rules another time, that’s unnecessary.

This is a controversial recommendation for most players, but still. Let’s say you’ve decided to count profit after a winning session. Turned out, you were given $1,100 instead of $1,000 you should have got. Make a call and say that you’ve got more by mistakes and will pay back next time you’re around. That will be an honest gesture.

Besides, you can win a good attitude towards your person from the managers of the facility and other poker club workers and that will help in the future.

Noone likes people who try to gain edge in dirty ways. For instance, there is a rule that actions not in your turn could be canceled. The player folds before the action is up to him. You think that now your hand is stronger and call. And the player uses the above mentioned rule, gets the cards back and continues his action in the hand.

Oftentimes there is a trick with player’s commentary: “You won” and opening a single card or imitating folding the cards. His opponents who was afraid to the extreme (as he was bluffing) relaxes… and hears “Call”!

Realize one thing. Noone liker when it’s dirty and keeps the dirt away.

To tip or not to tip is an individual habit. Sometimes stimulating an excellent work of dealers or waiters is beneficial to you. Professional deals cards faster, makes less mistakes and brings more profit to the players, including you. Why not to thank him for that? At least tip $1 after winning big pots and give a waitress a chip at least once. 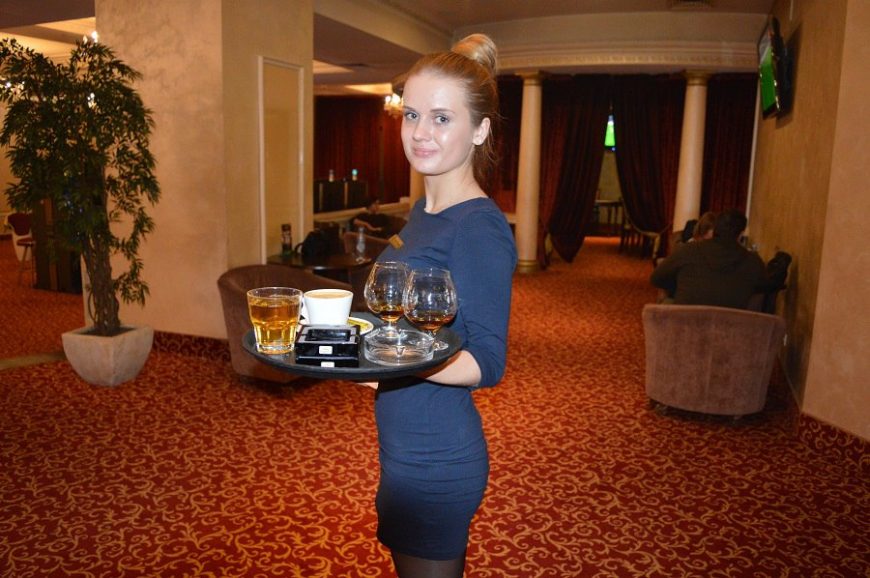 Never give dealer cards before he moves chips towards you. It’s not the matter of trust (as dealers are usually trustworthy), but things happen.

Some dealers ask giving them cards but you should politely respond: “I’ll give you cards tright after getting my winnings”. It is OK. That way you protect your money and yourself form controversial situations.

Don’t hope that the players, dealer and other people surrounding you are decent. There are all kinds of people around. Anything can happen. Always leave your stack in reliable hands or at least take big chips with you. But before doing that say to the dealer and the rest that yu take a certain amount with you. And show it when you’re back.

If there is cash money in the game, keep them in stacks and put them down sideways, not in flat stacks. Make sure everyone sees it, including dealer. Don’t put chips on money stacks (unless you’re making bet, of course). That way it is easier to assess your stack and there will be no misunderstandings.