Poker in the Ukraine 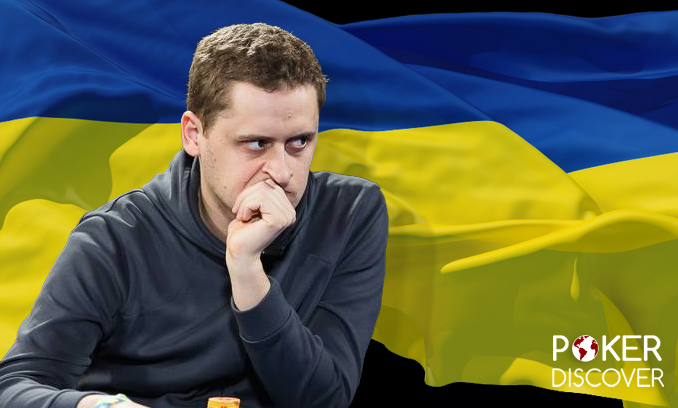 Just about a year ago poker in the Ukraine was listed as a sport. Clubs are placed all over the country – in Lvov, Kharkov, Dnepropetrovsk, Cherkassy and, certainly, Kiev.

History of the Ukrainian industry of gambling is very much similar to the one in Russia. The law which forbids gambling came in force in 2009. It actually made a lot of casinos and slots machine clubs working undercover.

5 years later we can’t say that the situation has changed significantly. Big and little gambling houses are being closed for several times a year. It is a common practice.

Ministry of defense of the Ukraine holds a massive operation of finding and closing undercover casinos all over the country. It is supposed that all the corrupted workers of the law-enforcement agencies will be fired and the operation will be followed by even more massive reconstruction in insight building of organizations. The casino in the hotel Prime Palace will be an efficiency indicator.

Poker is officially legal in the Ukraine. For almost four years Federation of sport poker held judicial confrontations for the right of putting this card game into the list of sport games. A year ago that has happened.

Despite a clear borderline between poker and other gambling games, some poker clubs experience difficulties due to that.  Workers of the ministry of defense have made raids on famous poker clubs – for example "Khreschatyk" club in the center of Kiev. However, no rules infringements were found so clubs were regaining their activities.

Where  you can play poker in the Ukraine

There are several of dozens of good poker clubs in the country. Most of them are, of course, in Kiev, there are plenty of them in Lvov, Kharkov, Drepropetrovsk. "Khreschatyk", "Imperial", "Alabama" are the most famous amongst them  and are situated in the capital of the country.

“The leading club in Kiev is certainly “Khreschatyk”, which is known to many pros not only in Russia, Belarus, Kazakhstan or Georgia but also in Italy and Iran” – says Ukrainian reg. Poker net “Alabama” includes four clubs, three of them are in Kiev and the fourth, opened in the midst of October 2014 – inOdessa. The situation in this town is very special. One of the locals had written this before the club opening:

“There is not a single poker club due to problems connected to opening it in glorious town of Odessa, where were four or five decent clubs back in the days”.

Even in small towns game is oftentimes wide open to be held and there are no problems. Visiting clubs is also not connected with some sort of problems: there is much lesser intoxicated people and securities work in a proper way, there is good stuff and working personal. This situation becomes better all over the country and after some raids to illegal gambling houses poker clubs can breathe with ease.

Likewise in Belarus, Ukrainian clubs put more volume to cash games. Tournaments are held often as well (in big rooms – daily), but they are mostly held to get more people to play cash games. You can get to mini-series of tournaments with guaranteed pool prizes of 10,000 grivna (~ $900) per event. There are more solid examples. Let’s take Russian Poker Tour series for example, it is being held in Kiev (and earlier in Odessa).

During different poker series stakes at cash tables can reach up to $50/100 in major clubs.

After Krimean reunion with Russia poker on the peninsular has to get a new house. According to Russian laws, gambling is legal only in specially separated gambling areas. And such an area is crated in this region – for now on paper only. Building of the gambling area starts in the beginning of 2015, and now economical preparations are being made. Objective decision on this matter will be made based on proposed projects.

The cost of the building is evaluated to 100 million – 1 billion dollars. The most probable placement of gambling area is Bolshaya Yalta.

Who plays Poker in the Ukraine?

The public in poker clubs is very heterogeneous – starting from students, young internet playes and going to old regulars. There are a lot of weak players.

“There was great income in quantity of people in 2009 when the law prohibiting gambling came in force. And they were mostly casino regulars who were deprived of their favorite gambling toys. All the grannies who were playing slot machines have become poker clubs regulars.

And not just grannies. With the development of online poker there is many good young players out there killing old casino guys and making up for their inexperience with great knowledge of poker math and probability theory,” – tells a regular from Kiev.

The level of the game depends on the stakes and, less, on the city. Kiev has become a new home for Russian regulars and players from other countries. But for now there is room for everybody.

At 1/2 there is less strong players and the bigger stakes the more experienced grinders there are. Tournaments are less predictable because of fast structure and big number of rebuys and addons.

In general Ukraine is a great variant for different kinds of players. Strong and weak players perfectly co-exist here. And in the future situation is going to be only better.

The most successful tournament player in the Ukraine: Kachalov and Timoshenko mover to the USA when they were kids, so their lives are closely connected with western culture. Being top-notch poker players, these guys still speak Ukranian and continue to defend colors of the native country.

Alexey Kovalchuk is from the new generation of Ukrainian sportsmen and he has two WSOP bracelets (2011 and 2012), two IPT titles and victory on Russian Poker Tour. He is much less notable last couple of years.

Alexander Dovzhenko in his turn is the guru of Russian and Ukrainian poker. In the summer of 2009 he took second place in EPT Kiev but generally he prefers smaller tournaments. Starting from 2001 Dovzhenko has cashed in tournaments for 119 times!