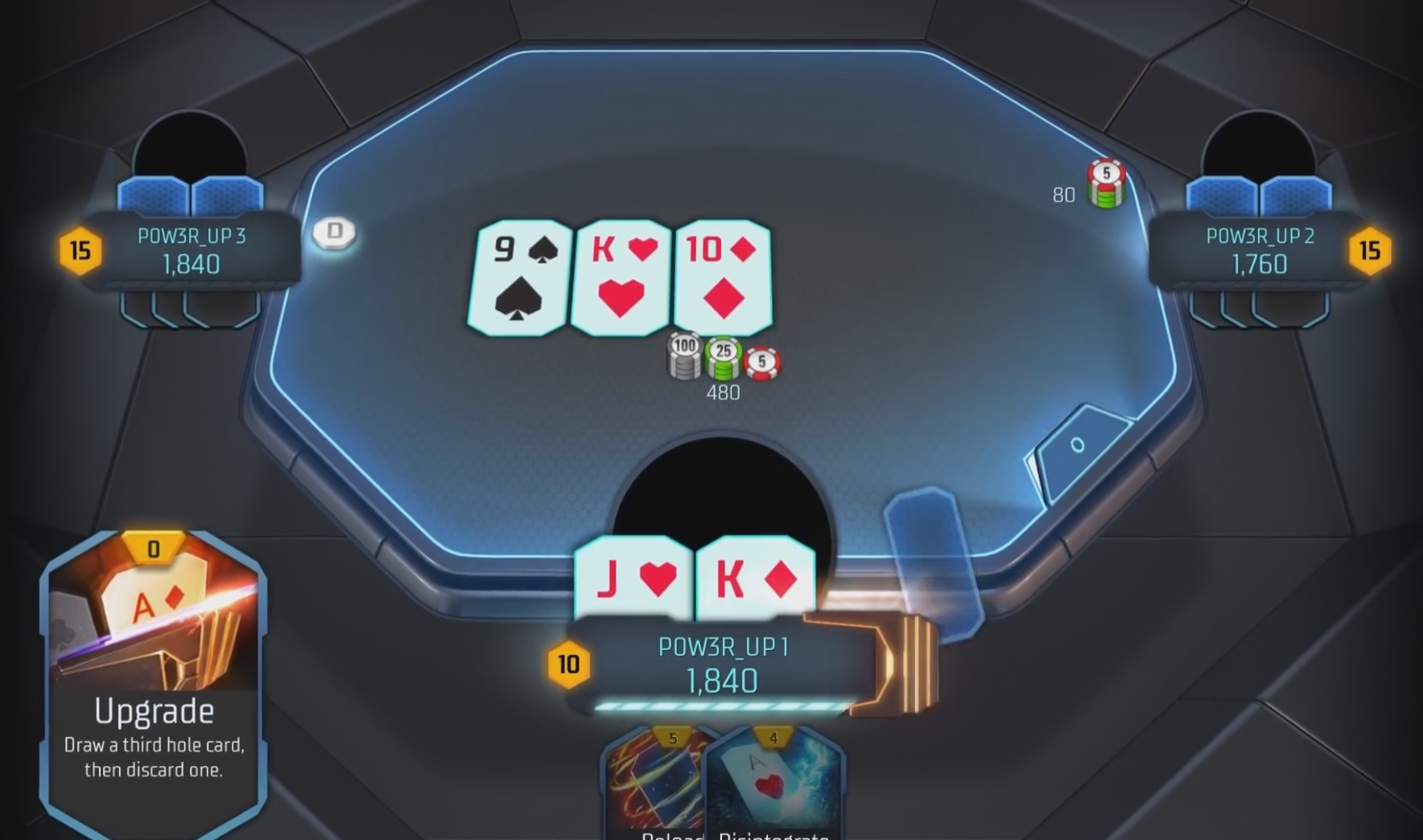 Power Up is a so-called poker hybrid of poker and card video game. Currently there is a closed alpha-test, so the final release is far away. The game reminds HoldemX, the development of the company of Alex Dreyfus, one of the most famous innovators in the world of poker.

There was a new trend in gaming-industry that has been formed during the latest years – it is card games. Not poker, but close (or not so close) analogues of Magic: The Gathering, a popular table and online game.

Back in the days, Hearthstone caught a new wave and unexpectedly for its creators became a real hit product, which is still very popular. Looks like PokerStars management noticed this tendency a long time ago and decided to get to the main stream of card madness.

Since 2015, Power Up continues to get developed – it is a new format, combining classic No Limit Hold’em with elements of Hearthstone:

What is Power Up?

The new game by PokerStars has traditional starting hands, common cards decks and chips with additional special abilities. For example:

No more than 10 special abilities, which also have their cards and cost some “mana”. Let’s say, a card costs 2 points while the other card costs 4 points. Looks like one street allows using 15 points. This system is entirely borrowed from Hearthstone. 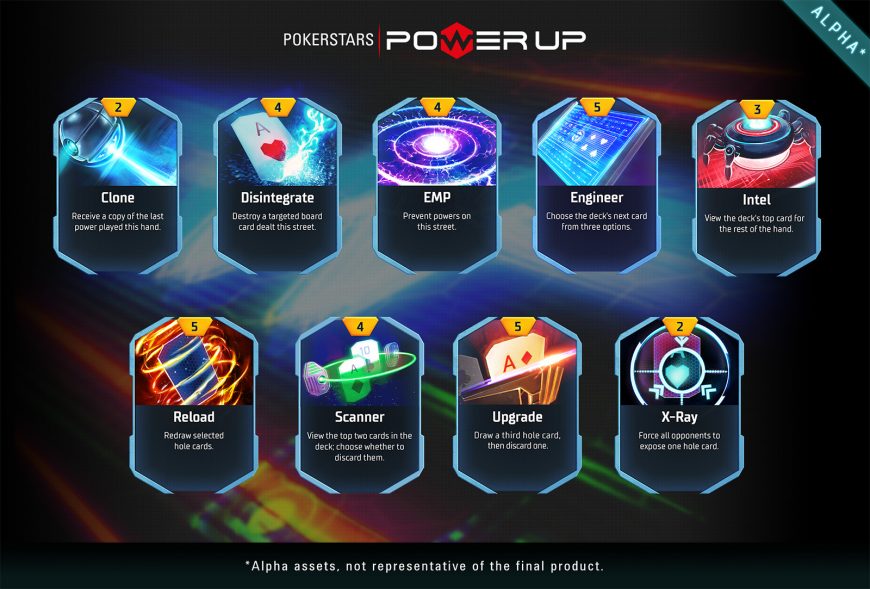 “For more than six month closed group of pro poker players and gamers tested the game for misbalance. We’ve integrated a new engine within our software, made an animation, spend tons of time and effort into creating an interesting product for poker players”, says official PokerStars press release.

Also the representative of the company adds:

“Power Up is now in closed alpha, we have to make a lot of adjustments and add new features. The access is granted for a limited group of people and there is still a long way before the start of real money play. From time to time we will widen the pool of players testing the new possibilities and accepting challenges from the participants.”

For starters, let’s describe the reaction of Alex Dreyfus himself. His work was basically copied and he responded with advertising the new product from PokerStars on his Twitter:

Recently Global Poker League is financed by PokerStars and Dreyfus himself is probably communicating with the poker giant on different issues. There is a possibility Holdem X became the basis Power Up and Alex himself agreed upon it. 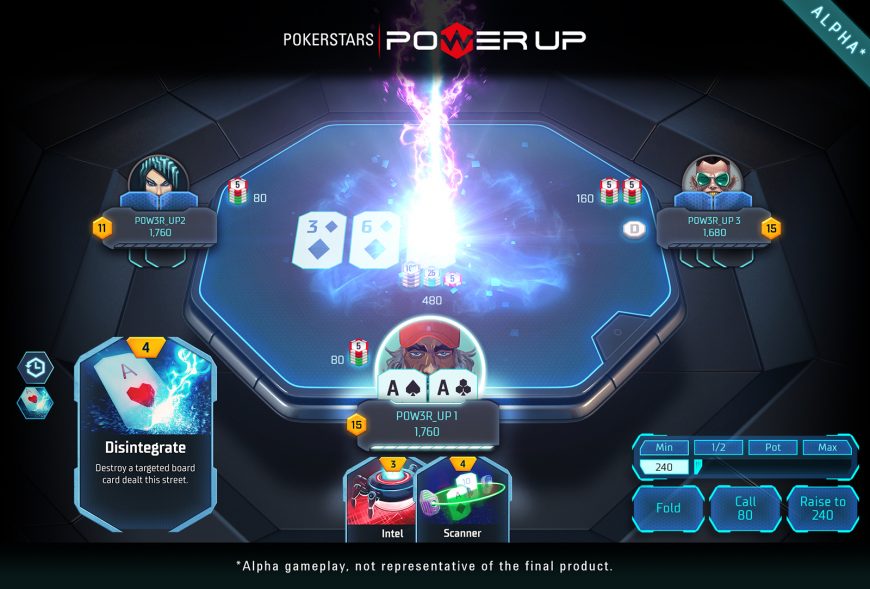 “HoldemX is a little bit difficult with all its abilities, but it’s interesting though, it needs to be developed. I don’t understand why everyone speaks about profit downgrade. Rake and skill are the two components of earning in poker and adding cards with these abilities might lead to the very different consequences.

IMHO, it’s going to be strongly misbalanced at first and will have potential for big profits – should one learn how to correctly apply these cards…

Any new format in most cases remains unknown or unpopular, but ones should try something new anyway. That’s the only way to open new games, which could become hits and attract a big number of new players,” writes HUSNG.com owner.

Poker community afraid of the new Spin and Go variation, therefore another “lottery-type” game where skill is secondary. That’s the principle Hearthstone is built on. Yes, there is a certain top in this card game that has to be reached but it is not Hold’em anyway.

Many people are afraid of the new rake increase or migration of the weak players of one format (like MTT-players or cash players) to the new one – Power Up. In this case, the profit will decrease in a long run inevitably.