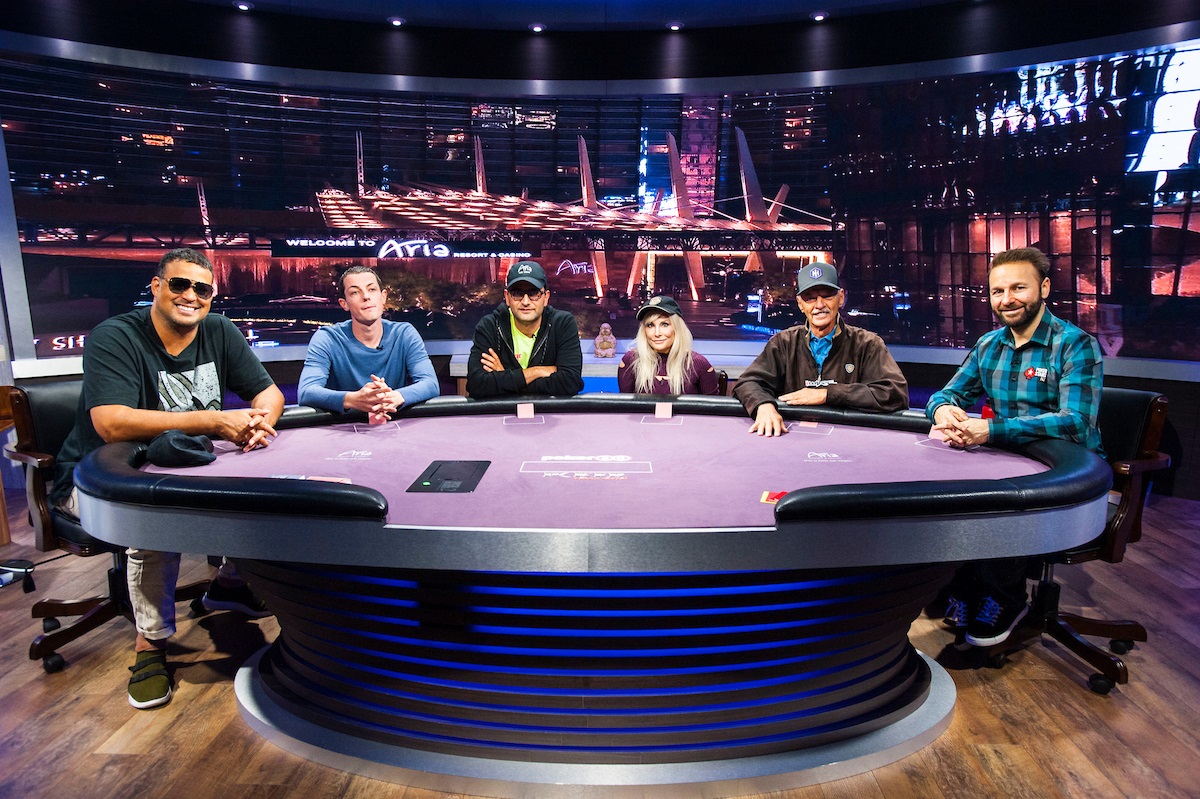 Couple of days ago Jean-Robert Bellande, super high roller cash games regular (who is perceived as fish), posted in his Twitter account a remarkable photo of a big game from Aria (we have already published it on our Facebook page):

Tom Dwan, Dan Bilzerian, Bobby Baldwin (and his daughter) and one more famous player play in Las Vegas, though stakes aren’t that super impressive. Behind the scenes are Jean-Robert Bellande himself (and possible couple of other participants of the action).

What’s important about this photo – Bilzerian, Dwan, Baldwin here together on one hand, and rumors of upcoming mixed games in Bellagio at stakes $10,000/$20,000 (8 games possibly) on another hand. Earlier Dwan was seen together with Timofey “Trueteller” Kuznetsov in the same casino – they were just spectating other people’s action.

You don’t have to deduct like Sherlock Holmes to see what’s going on. Bilzerian is in town, Dwan is in town, Kuznetsov here as well, Jean-Robert… It’s perfect to start one of the biggest cash games of the year!

The rumor has it…

Rumors are not the best and reliable of the things but in the world of poker they are usually fact-based. Had there been a rumor of  big cash game, there it will be.

Moreover, the recently renewed TV show Poker After Dark, the first episodes of which have already aired, had Tom Dwan himself among the participants, and that was a mini-sensation for many people (ever-evoking Bellande was also there, by the way).

What does it mean? Pretty much the same thing: many important persons gathered together in one place.

Many topics emerged at TwoPlusTwo, Reddit and other web sites/forums. Many people got interested in how much dealers in those super games get paid. Hundreds, thousands of dollars? Bill Klein (the billionaire who regularly participates in Big One Drop) mentioned he tips dealers with $1,000-2,000 in the end of the session regardless of how it went. Add tips during the session to that as well.

Some users claim that super high roller games are not that different from $2/5 or $5/10 in regard of tips. Dealer’s pocket won’t be filled with more cash. Following that logics, if dealers earn so much, why would anyone consider becoming a player?

This is the topic for a separate discussion. This more or less depends on who’s playing and very subjective.

Couple of words to Jean-Robert’s defence

One of Reddit users has written an interesting mini-post about Bellande:

“Those who criticize Jean-Robert and constantly post their hand analysis on GTO at 0.02/0.04 don’t get the unique ability that man has. He constantly plays in the sweetest games at rocket-high stakes and plays for backers’ money. In general, it is better to be an average player who participates in the most expensive cash games rather than to be crazily genius mathematician and poker player who doesn’t play elsewhere from his local dorm.”

We couldn’t agree more. Bellande has a rep of rich and kind of dumb party lover who is noisy, able to make you laugh and keep up the conversation. He won’t teach anyone at the table, or leave prematurely, no matter he wins or loses. He seems to enjoy the conversation and play. He is emotional and that is another point to his favor. He is a live human being like many of us. He reacts in the way most of us would to bad beats, for instance.

He is able to play poker. He is not the player of Kuznetsov or Negreanu, but his skill is above average. And that’s more than enough. His image works for him for quite some time. Let it be that he is a fish in these squads, he is playing there, you’re not.