Viktor Blom is the player of the month according to PokerDiscover 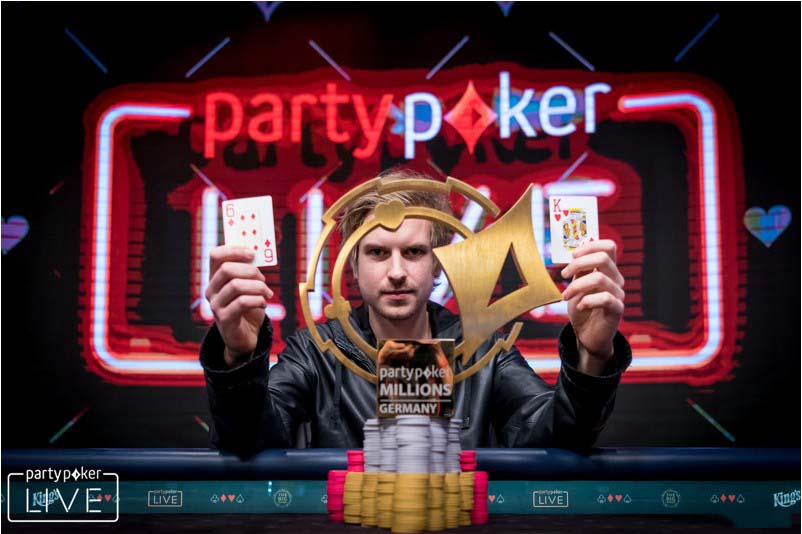 February was full of big live events no less than January. We can highlight the following series:

Belarussian player Nikita Badziakouski had his another success in February. In result of 2017, the best year in his career, Nikita could rightfully been called "Mr High roller" As he won most of his money in the most expensive tournaments, and that is teh amount of over 4 million dollars.

This year he continues this tradition. In January, Belarussian player has become the sixth at PCA  and won $195,150. In February, he took the first place in High Roller (Event #29)  in Macau and earned  $297,198. But the level of this series and the size of teh win by Nikita don't make him the best player of the previous month.

By the way, the fifth place in Main Event of this series was taken by Alexey Opalikhin.

Mike Leah's win at WPT Fallsview Poker Classic is definately the biggest scandal of the month in live poker, but despite having a famous brand in its name and the winnings of $358,531, this series doesn't make its winner the player of the month.

The biggest buzz for this event was created by its heads-up where Leah played with his good old friend Ryan Yu. The latter had a much bigger stack but in result of series of very strange hands, the Canadian won in that tournaments. What was so strange about these hands? Yu folded every time after investing lots of chips in the pot, and he had pretty nice pot odds.

It turned out that both players had a deal as Leah wanted to earn the fourth title of WPT Fallsview Poker Classic title and Ryan was ready to help his friend. As WPT is against all the deals, players had this circus in heads-up.

British Stephen Chidwick was the unluckiest of the young and promising players in the world according to Negreanu's words. In February he was one of the major contenders for the title of the player of the month after tearing apart the field of high roller series US Poker Open, despite having very decent squads.

Chidwick got to the final tables in seven of eight tournaments of the series and won two of them:

He earned $1,25 million during the course of the series. In result, we at PokerDiscover are ready to present Stephen Chidwick with the second place in February. His winnings at the tournament are no different to the results of Badziakouski and Leah. He competed against strong opponents, but the tournaments of US Poker Open are more like multi-table Sit'n'Go's with 30-35 players in each of them.

The besyt player of the series at our website is Viktor "Isildur1" Blom, the winner of the biggest prize money at the most prestigious series of the month

Partypoker MILLIONS Germany that took place in King's casino in Czech Rozvadov on February, 8-18 consisted of 18 tournaments with half of them having guaranteed prize fund. Three tournaments were high roller tournaments.

Main Event series had a guaranteed prize fund of 5 million euro. There were just 927 entries, so it didn't get covered. Blom had a reputation of a "maniac" after several years of expensive cash game online, and he used it on the course of the first days of the tournament. He played tight and constantly had his stack growing.

While being in TOP-5 at the final table, there was a moment he remained with 10 big blinds but some showdowns saved him. Viktor had a heads-up with Moldavian player Pavel Plesuv. They've made a deal on prize money of 750 thousand euros and continued to compete for 100 thousand and the Cup.

This tournament ended with an epic hand that was immediately called "call of the cetury".

Blom managed to call river all-in having only second top pair withour a kicker on flush-completing river. He took home €850,000 in result.

He showed his "poker temper" and confirmed it in cash games on this series. Few days before celebrating victory in the Main Event, when the tournament was on its way, Blom met an English player Patrick Leonard and offered him a flip bet for €265K. Looks like this is the money that left after the win in Chinese poker against Gus Hansen. Three days later he won over a million dollars.