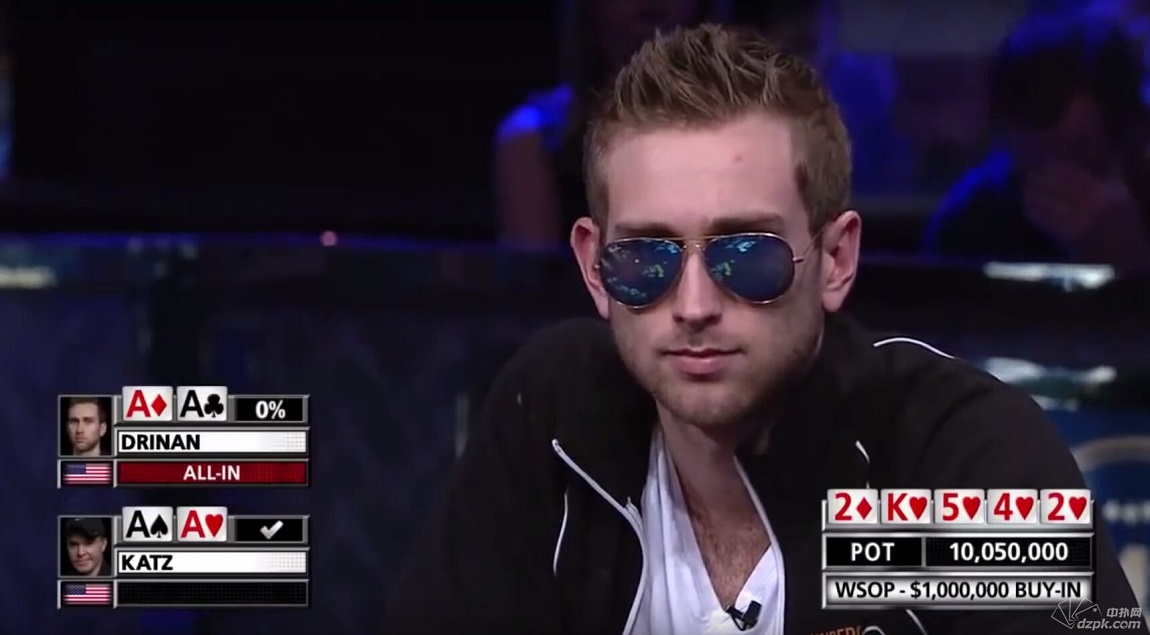 People who are barely familiar with poker think that the ingredients of the win are bluff, skill to read the opponents and blind luck. So what does really matter in poker: luck, talent, or hard work one put’s into it?

Players at the poker table belong to one of the two groups: those who believe in luck and try to attract it to their side and those who believe in math, long run perspective and their skill. Actually, people from both believe in the same things, they just call it differently. Luck can be defined as a success that happened accidentally. Luck in poker is winning the hand after making mistakes at all the streets. Absence of luck here is when the opponent wins the hand with the help of runner-runner straight when from the math standpoint all the actions were mistake-free.

Answer the following questions you are dealt a pocket pair of Aces and you win the hand with them – is it luck? What if Aces come to you for several hands in a row? So when you lose a hand with pocket aces against 72 – that is part of bad luck? You have pocket aces once every 221 hands – this is part of the game. In 12% of all the occasions, pocket Aces will lose to 72 – this is also a part of the game. About 3,500 people die in traffic accidents every day – this is the part of life, stats, someone has to become the part of this statistics.

Luck existence depends on the point of view

Does luck exist or not – it all depends on the point of view. For instance, many players are deeply convinced that tournament poker is the lottery where everything depends on luck. Without a doubt, one can’t win a big tournament with several hundred or thousands people without some luck. Professionals will confirm that one has to have skill of winning coin flips in MTTs, or even win a hand or two “from behind”.

Luck in tournament poker is an example of importance of the concept of a long run. One tournament is a very short distance. One can claim that luck is extremely important in tournament poker. There is a prove to that in the victory of Chris Moneymaker at WSOP 2003 Main Event that preceded a poker boom. 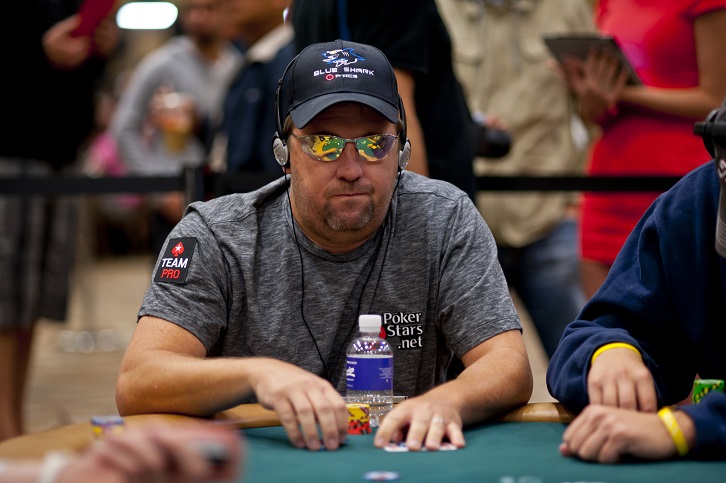 Another even more remarkable case happened 9 years later online. Back in 2012, WCOOP Main Event was won by a player from Russia who had nickname “maratik”. As it turned out, this guy got to the Main Event via satellite – the smallest one – his way started from the tournament with a buy-in of 40 FPP. Get to the tournament with a buy-in of $5,200 via satellite is huge luck, but to take over the field od 1,825 opponents and win $1,000,907 is some madness. This win was remembered as the most profitable in the history of poker, considering the total investments made by the winner – it was less that $1. Was he lucky to win this tournament? Most definitely.

Players connect luck with random numbers generator and skill to get needed outs. “Has you knew the outcome, you would have lived in Sochi” – is a classic proverb of Russian card players which is relevant here. Losers get paranoiac about pushing in live poker and fixes RNGs online. However, in the nearest future poker rooms RNG will transfer to blockchain. All these talks about fixes will remain myths then.

Luck is not the only factor of success in poker. Famous player Nikita Bodyakovskiy has participated in EPT Main Event ten times in the beginning of his career and never gotten ITM. 10 tournaments without ITM will make you doubt in choosing poker as a professional career if you believe in luck and don’t know about the long run. But Nikita Bodyakovskiy continued to play live poker and now total amount of his prize money in tournaments is over $6,7 million. 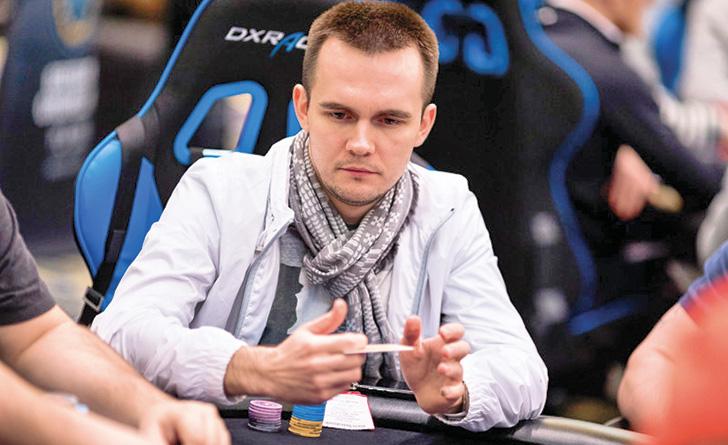 Talent is another success factor that is surrounded by mysteries. Talent in poker can be defined as a skill to see spots, choose non-standard lines and make right decisions without a special theoretical preparations.

Back in 00s, when there no poker books, learning websites and videos, talented players had an edge over amateurs. Many poker names have become popular due to the talent. Gus Hansen is definitely one of these players. He has earned $10 million in live poker. Gus Hansen is the player, whose aggressive lines of play admired many spectators of “Poker after Dark”. Despite all this, Hansen managed to lose almost $22 million online. This is how a talented player can’t be successful in financial part of an issue.

Hard work, or luck for those who find it

The right proportions of luck and talent can make an ordinary player a remarkable one. Many of those players who are playing at the high stakes now are united by the similar story they loved the game, they were talented and once caught their luck in some big tournament. All the famous players though have one thing in common – they all work hard. After feeling the taste of victory and getting bankroll, good players go straight away to the higher stakes. They start to work at their technique and play according to their bankroll. Those who act otherwise get back to square one.

This is what happened to Russian player known as “I7AXA” who was lucky enough to win almost $200.000 in Sunday Million. Winning the Sunday tournament with several thousand participants is always a good luck. But then it comes to some other qualities. “I7AXA” wasn’t satisfied with the amount he won so he went to play high stakes and managed to give away everything he won to the regulars there. 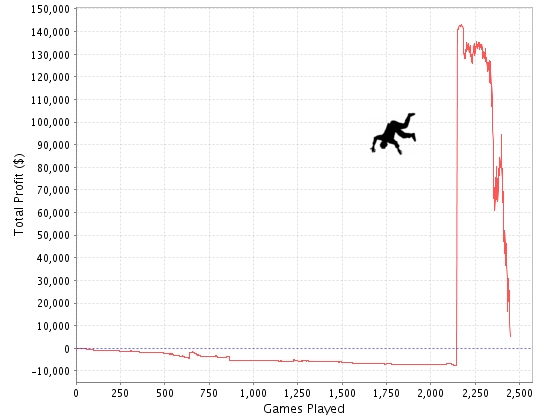 Hard work is the thing that would make some good player the best one in 2019. Today the field is getting stronger than ever in history. So those people who work at their game are at the tail of food chain. Young online players analyze their sessions and spots to make optimal decisions. As there are more and more of those players, some famous pros like Daniel Negreanu or Patrick Antonius are quitting online in favor of live poker where the competition is not that stiff. Other players, like Vanessa Selbst are finishing their careers and go other ways and industries. Hard work will bring victories. Those who try succeed.

Success is the combination of talent + luck + hard work

In the end, poker is all about the decisions you make. Whether one should believe in luck is totally up to you. If this helps, why not? If it does not – what’s the point? Is there a place for talent in poker? Definitely. Anyway, the main thing you need to do is work hard. If you have all three – talent, luck and hard work – success is guaranteed.

What do you think, what is the most important in poker: talent, luck, or hard work? Leave comments in our social networks, the most interesting comments will be added to this article later.