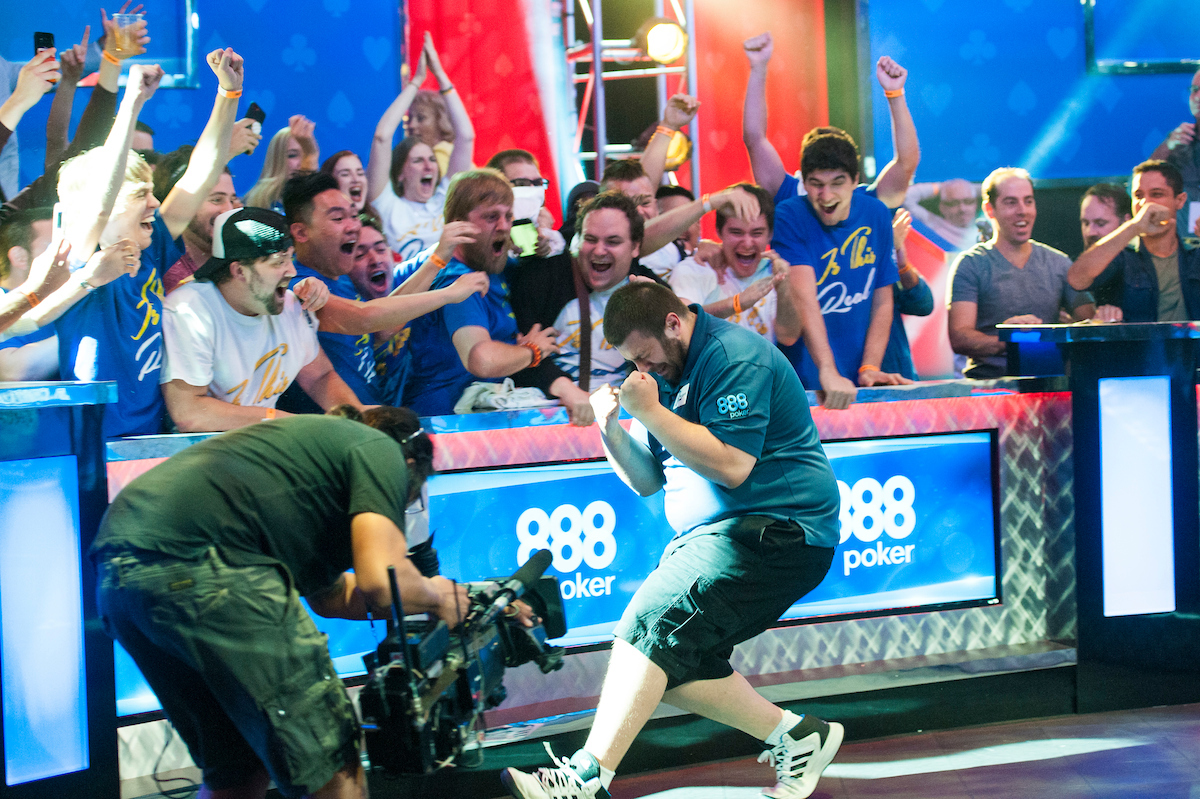 We already know that young American Scott Blumstein became the winner of World Series of Poker 2017 Main Event. His official prize money is officially $8,150,000, but after paying taxes he will be left with… a little over half of that.

This is some great news! The decision to get rid of the huge break between Main Event final table and the major part of the tournament turned out a great success. It allowed to attract much more attention

The final table was more intriguing as well.

Firstly, Scott Blumstein became the super chip leader in the very beginning when he got set of aces vs. two pairs of British John Hesp. His crown was uncontested.

Secondly, the same 64-year-old Hesp is non-professional player and he felt free giving away jokes and entertaining opponents and viewers. This brought some sort of home atmosphere to the tournament, which is so rare in today’s modern poker, where numbers and graphs rule.

Thirdly, the final table had two finalists from previous years – Ben Lamb was third in 2011 and Antoine Saout finished third as well, but in 2009. It’s amazing how some pros are able to show these high results in such tournaments. By the way, a year ago Saout was also close to the final table – he was 25th!

So who is the real Main Event winner?

It is a common thing in poker as official prize money are only remotely close to real payouts. Should we exclude taxes (as they are given to the imaginary character - Tax Man), we can see the following doom picture:

This aspect works in favor of British people or those who live in Great Britain. This category has three people:

·         Benjamin Pollak and Antoine Saout, who are of French origin but live in London.

All the rest had to give away a  sufficient part of their profit. The biggest part of the pile was taken in taxes of Scott Blumstein – US Tax Department will receive almost $4,000,000 from him. This is the real annual World Series winner. Just imagine how much personal money was spent in buy-ins during the time series takes place. Tens of millions dollars…

USA also has state taxes in addition to federal ones – of about 4-9%. Only Nevada residents (the state where Las Vegas is situated) are deprived of paying it

That’s the way it is, gentlemen.

WSOPE in Rozvadov, Czech Republic waits for us in October. The best European and world playerы will come to King's Casino.