Phil Hellmuth Is Looking For His 16th WSOP Bracelet 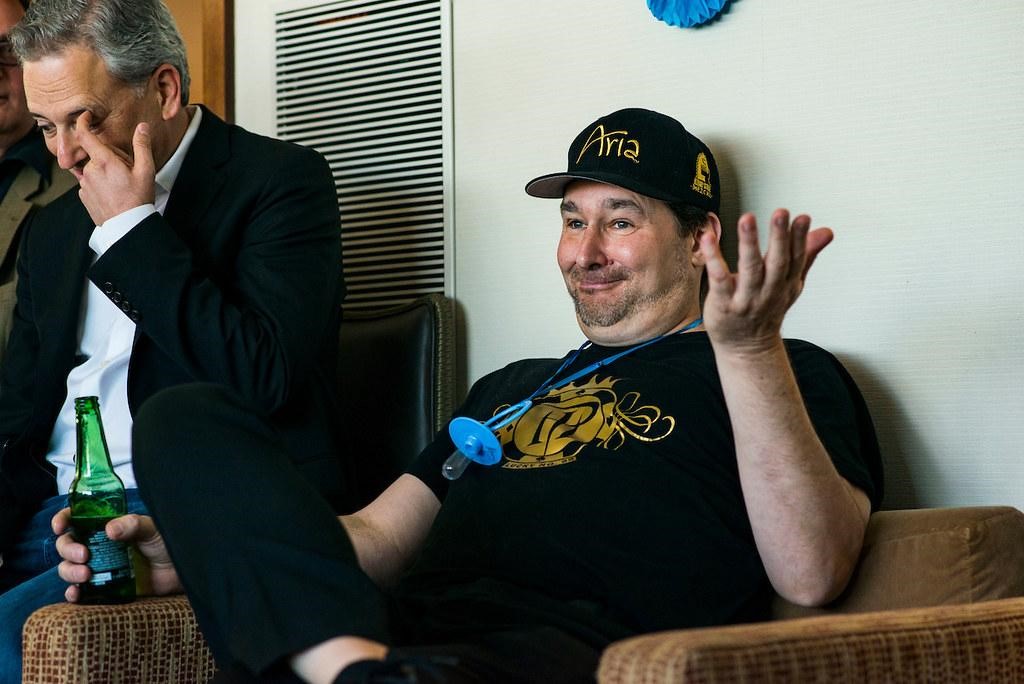 Every poker player dreams of heading to Las Vegas, Nevada, competing at the World Series of Poker (WSOP). The WSOP is like football’s Super Bowl, baseball’s World Series, and soccer’s World Cup. It is the pinnacle of poker. Winning a WSOP event comes with a potentially life-changing sum of money and a special commemorative gold bracelet. Most poker players go through their entire careers without winning a bracelet. Phil Hellmuth is not like most players.
Próximo »
Celebrating 30 years of responsible gaming at WSOP
The World Series of Poker is the longest-running and most prestigious international poker tournament in the world, and is one of the most trusted names in the sport.
Próximo »
Justin Bonomo – is the best player of March 2018 according to PokerDiscover
First month of spring has come to its end and it’s hightime to select the best offline poker player of the month relying on the results of the biggest latest poker series. It was a pretty hard choice, there were a plenty of vivid poker wins in the poker world. To our subjenctive view an American poker player Justin "ZeeJustin" Bonomo deserves to lead our top-list the most.
Próximo »
Five players who surprised everyone in 2017
Poker community got used to a constant stream of news and extraordinary accidents and events that take place at live tournaments and elsewhere. Multi-million army of poker players always had people who were capable of making wonderful things, and the game itself is full of luck so it is able to create an amazing story. We’ve gathered info of five players who surprised us the most in 2017.
Próximo »
Pokerdiscover rating of the best live players in 2017
2017 comes to an end. Now is the time to make different rating to sum up the year. We’ve decided to make the Pokerdiscover rating of the best live players in 2017.
Próximo »
Live Poker in December: The Communistic WSOP and European Series within 500 Meters Between Them

The opinion that a new poker boom awaits in Asia is something that everyone seem to be agreed upon. Live poker series organizers think so as well.

Próximo »
WSOP 2017 champion will pay $4,000,000 in taxes
We already know that young American Scott Blumstein became the winner of World Series of Poker 2017 Main Event. His official prize money is officially $8,150,000, but after paying taxes he will be left with… a little over half of that.
Próximo »
Chris Ferguson may become the best player at WSOP 2017! Really?
Long dark hair, well-groomed beard, cowboy hat, slim body structure – those are the features that allowed a poker player to receive nickname “Jesus”. Chris Ferguson is one of the key figure of Full Tilt Poker scandal – he returned to poker a year ago and made a fuss on WSOP 2017 making ITM for 16 (!) times!
Próximo »
WSOP goes to China in December 2017!
World Series of poker spreads its authority for one of the most impactful countries in the world – China. The series management made a 10-year agreement with Chinese holding company Tencent, the owner of an incredible number of popular services, web sites, applications and games. WSOP is going to have all sorts of stages in China in the nearest future and become the part of the platform Tencent Poker with millions online users.
Próximo »
WSOP 2017: Negreanu’s fail and WCGRider’s win

Próximo »
You may talk but not too much

Próximo »
Hard life of the poker dealer, or why the croupier is always a faggot

The 13th season of European Poker Tour have separated poker community on two camps. One camp supports the increase of ITM zone from 15% to 20%, the others are very opposed to it, calling it another step to making poker a lottery.

In the middle of August the CEO of Amaya Gaming, Canadian company which owns PokerStars, David Baazov made a statement that he is stepping down from the position as he was accused of inside trading. This is the other story, which began two years ago after the Canadian company bought PokerStars for $$4.9 billion.

Mass media doesn’t speak a lot about poker, and the most of the materials are one-sided. Recently published Motherboard (VICE) article isn’t flawless and describes the world of online backing. Turns out, buy-ins for $111,111 One Drop are governed in merely hours and some famous regulars use crowd funding web sites for quite some time.

We’ve read the article, highlighted the most interesting part and deleted the ads and the hidden ads, also added something from ourselves.