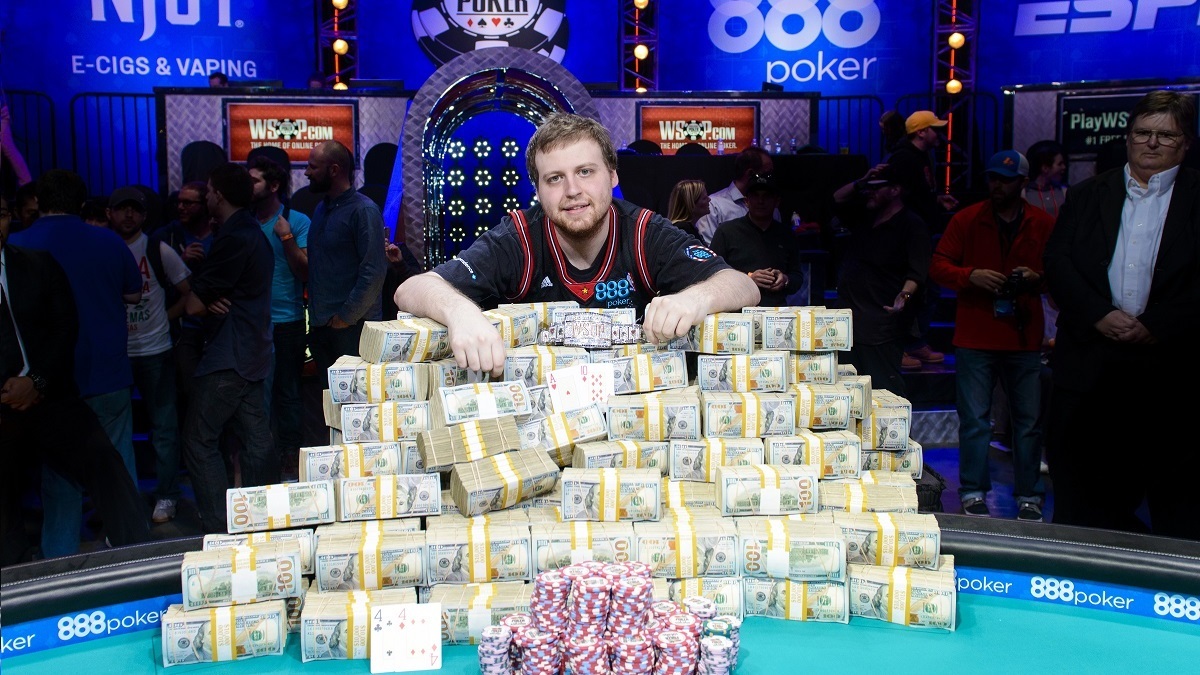 This year the management of the series didn’t aim to change something and left all variables just where they were. The same casino, the same tables the same personnel, similar structures etc.

Among new tournaments are these eight:

To be honest, they are not so interesting for wide audience. Unlike “The Giant” though.

“The Giant” is a big experiment of WSOP, exaggerated version of The Colossus which had its record field of more than 20,000 entries.

The Giant should be even bigger. Buy-in was lowered to the incredibly low (to WSOP standards) mark and the tournament is now going to last for over a month! It will start on June, 9th and will finish on July, 9th.

There are only 5 starting days (on Fridays) with no-limit re-entries. Day 2 starts almost in a month after Day 1. That’s about who is this event for. Not for tourists or amateurs as they wo;; have to stay in Vegas for a week/two weeks/the whole month or fly here twice (that’s costy).

Those ITM right after Day 1 are able to cash out right away. 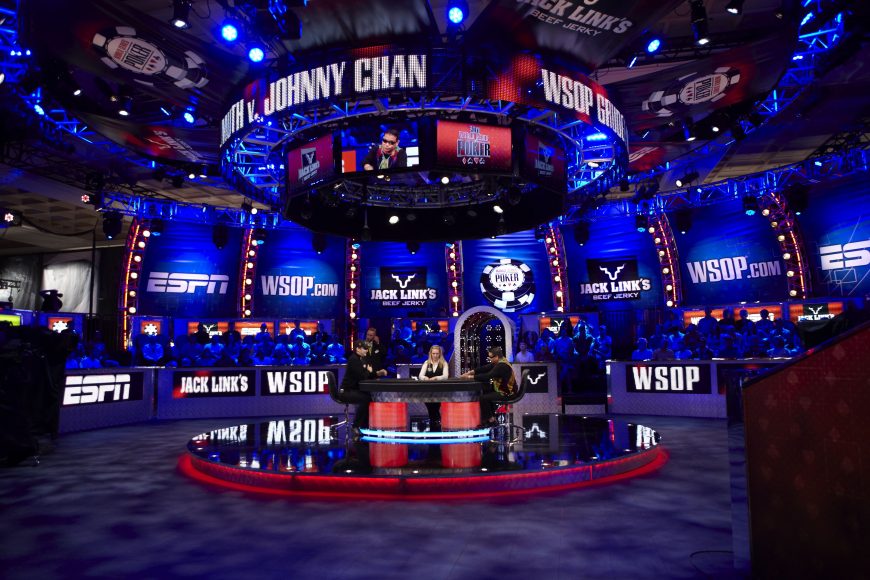 The second interesting tournament with $2,620 starts on June, 12th. It has the name The Marathon. The thing is the starting stack will have 26,200 chips and the levels will last for 100 minutes. This is a true marathon for a common tournament.

This is especially pleasant when hyper-turbo tournaments are trending as the part of online poker room propaganda. The shorter the better. Nope! WSOP remembers the fans of real poker!

Now let’s speak of the major events, there aren’t too many changes: 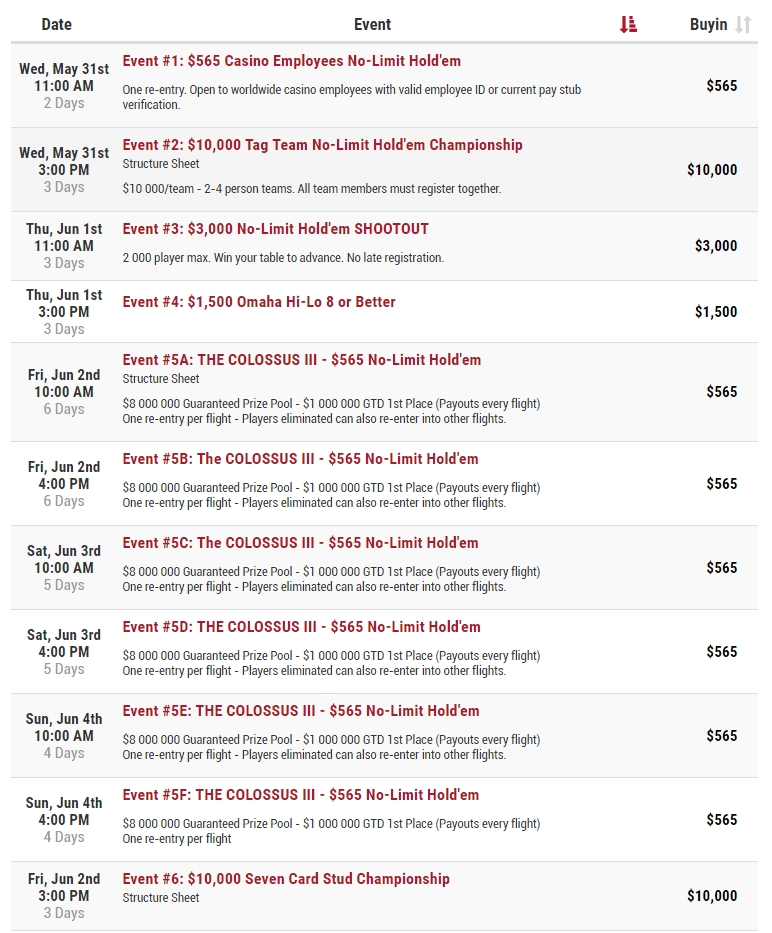 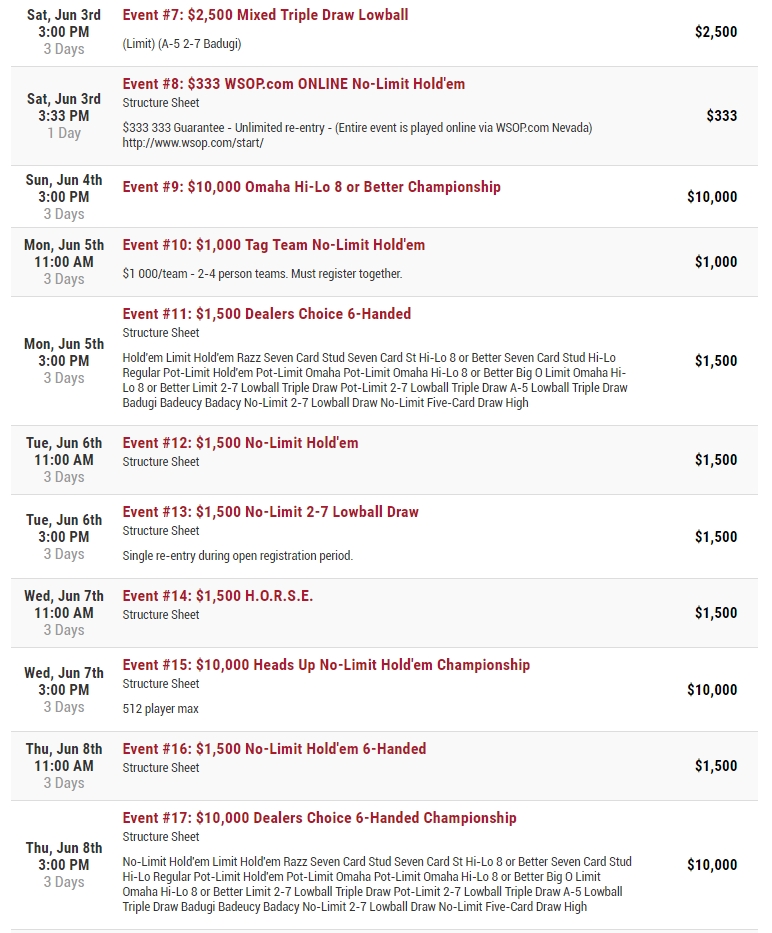 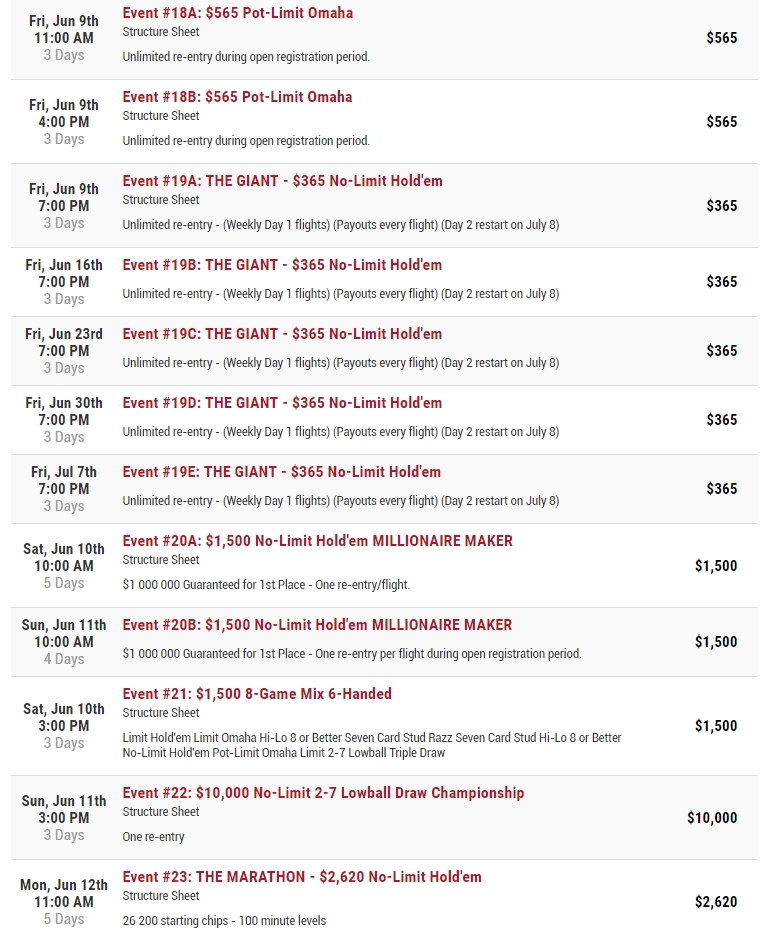 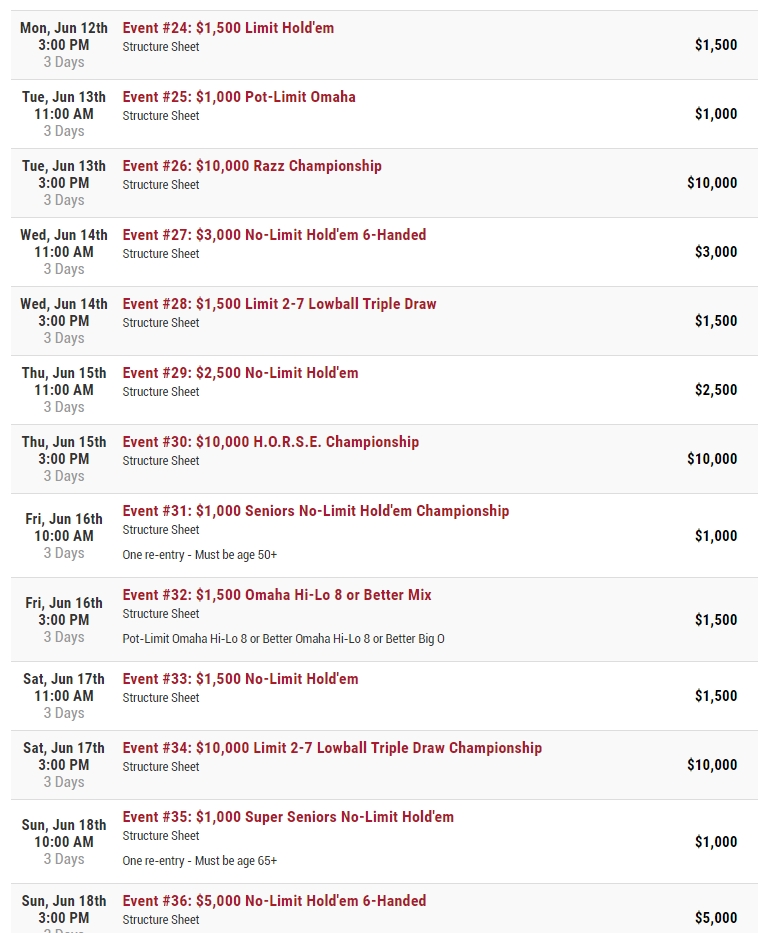 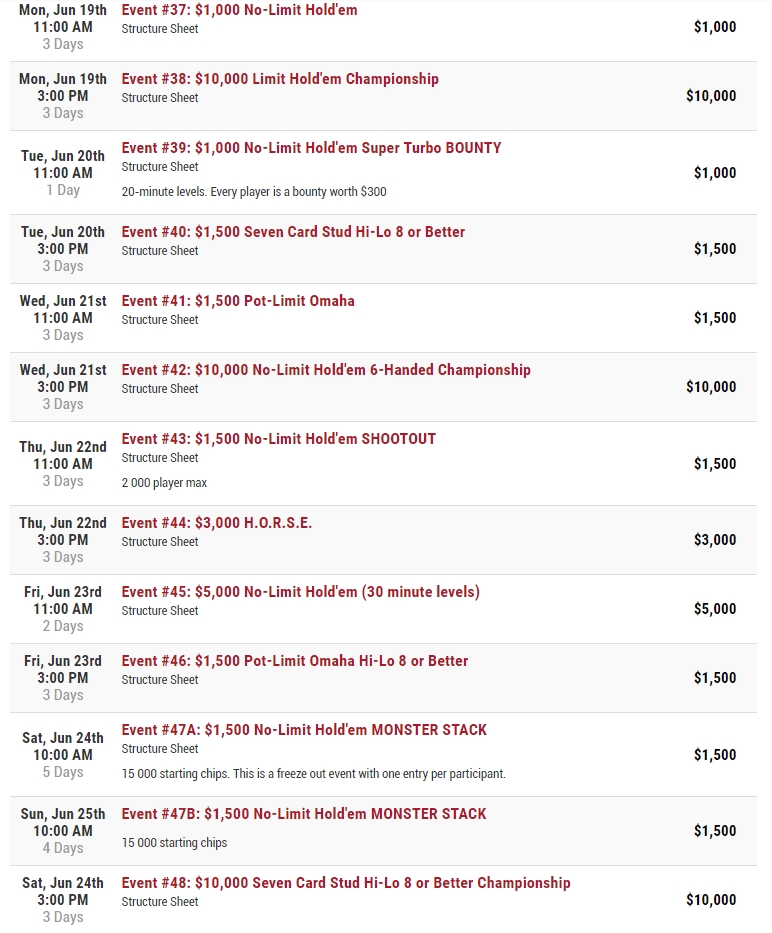 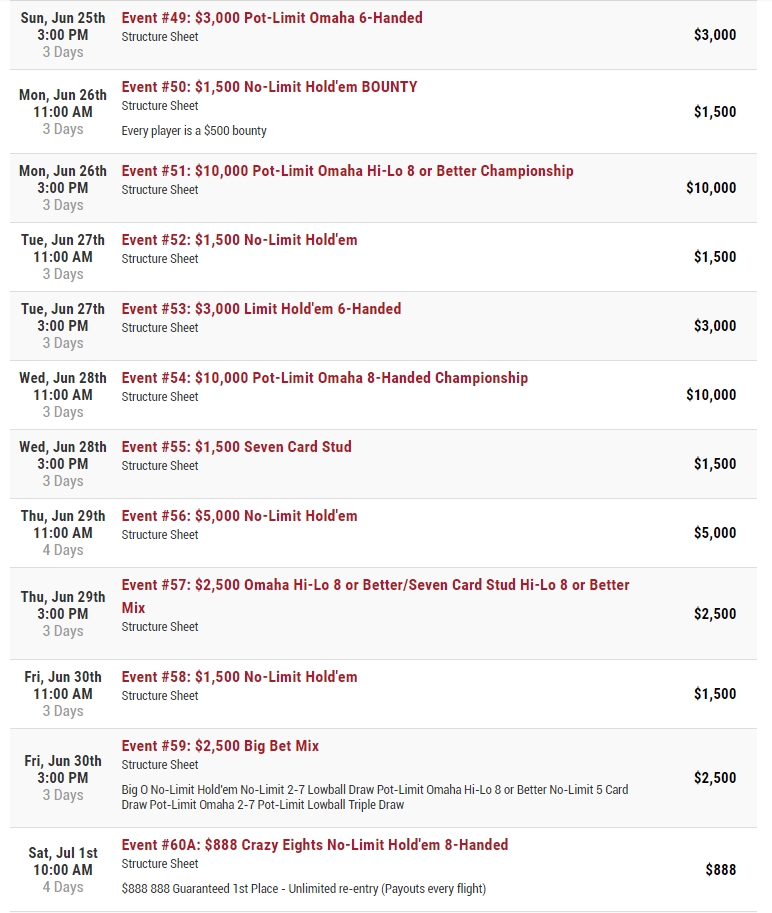 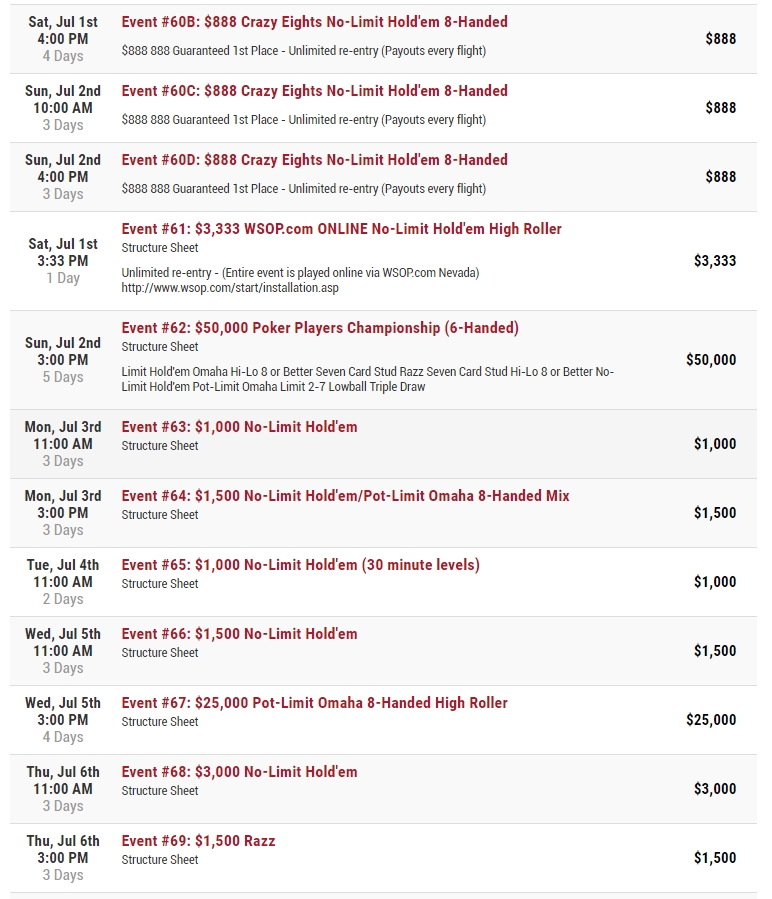 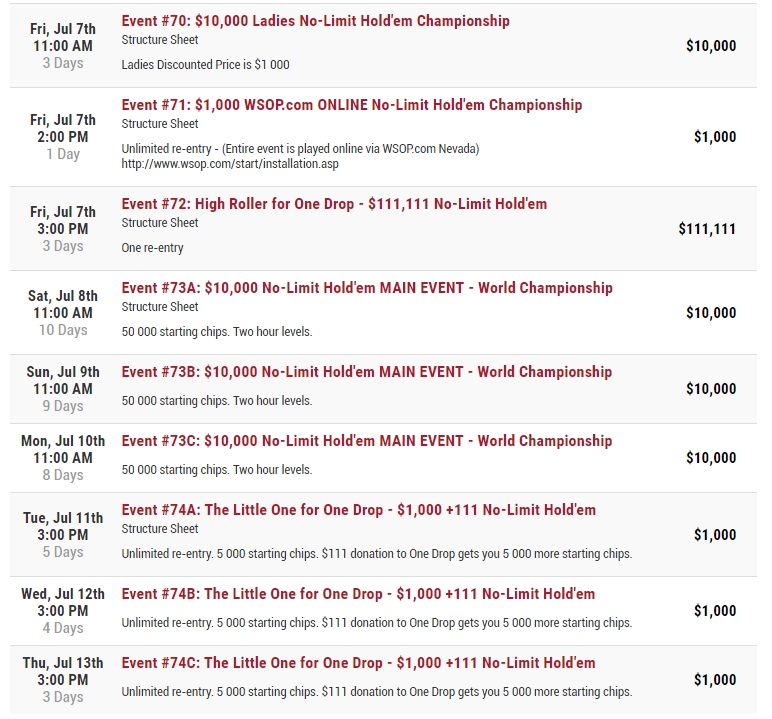